A disgruntled 69-year-old man has shot and killed his childhood bully when they both attended a school reunion. 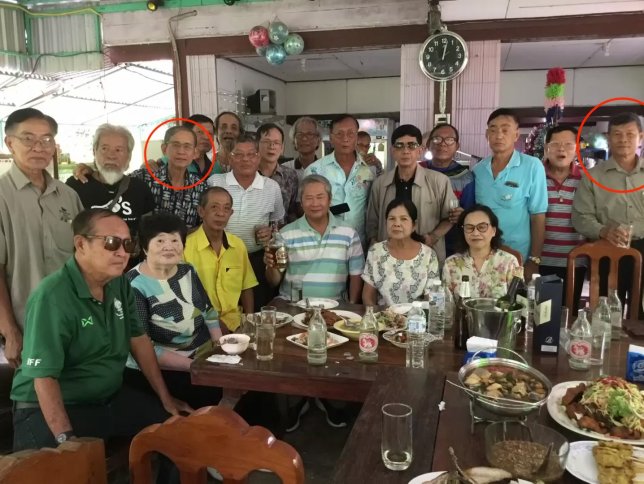 Accused Thanapat Anakesri (circled right) and victim Suthat Kosayamat (circled left) at the reunion in Ang Thong, Thailand (Picture: ViralPress)
A pensioner waited 50 years to get revenge on his school bully by allegedly shooting him dead during a reunion party.
Thanapat Anakesri, 69, is wanted by police after fleeing the room when he opened fire at one of his former classmates. He had been invited to an event on Saturday afternoon in Ang Thong, central Thailand, to meet up with people he went to school with.
But after the group sat down to enjoy wine, a buffet of Thai food and ice cream, the man confronted his former tormentor Suthat Kosayamat, 69.
He accused Suthat of bullying him when they were both 16. Former navy officer Thanapat allegedly flew into a rage when Suthat, a tailor, said he could not remember there being a problem between the pair. 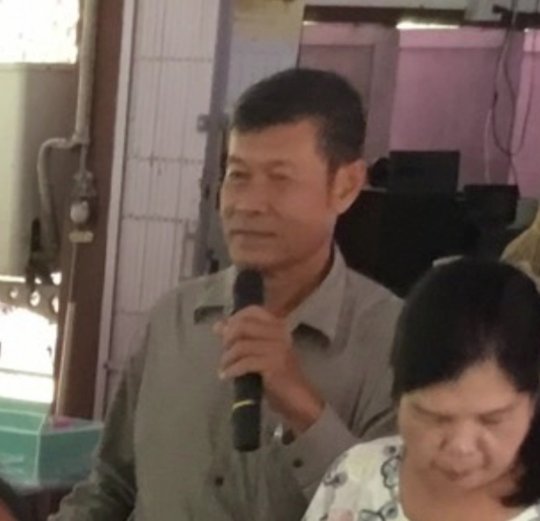 Police have been issued with an arrest warrant for Thanapat Anakesri who fled after the shooting (Picture: ViralPress)
Thanapat is accused of pulling out a handgun after demanding an apology from Suthat, who refused. He allegedly shot his former classmate before fleeing the room.
Suthat was rushed to hospital but later pronounced dead by doctors. Tuean Klakang, 69, who organised the event, told police in Thailand that the alleged killer had complained in the past about the bullying but said he did not believe it was such a serious issue.
Tuean told local media: ‘Thanapat would get drunk then often talk about how angry he was about being bullied by Suthat.
‘He never forgot about it. ‘But as these things happened such a long time ago, I would never have imagined that he would have killed his friend like this. We are all shocked by it.’
Suthat was given a traditional Buddhist funeral on Monday with devastated friends and relatives paying tribute to the ‘caring and kind’ man. 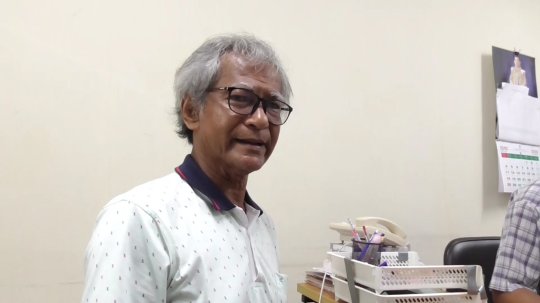 Tuean Klakang, 69, organised the event (Picture: ViralPress)
Police are now searching for Thanapat, who they believe is living in a neighbouring province in Thailand. Police Captain Sombat Somboondee said officers found a 9mm cartridge and another dummy round at the scene.
The Ang Thong Provincial Court has issued an arrest warrant for Thanapat on charges of murder.
The police chief said: ‘Initially, we will charge him for murder and carrying a gun without a license.

‘We also have a lead that he is hiding in Singburi province so officers are searching the area.

‘From speaking to witnesses, the shooting appears to have happened after a personal dispute between the killer and the victim from a long time ago.’
***
Source: Metro UK
Top Stories