Internet fraudsters included in the recently released FBI list and now hiding in Nigeria have been told they will not escape justice. 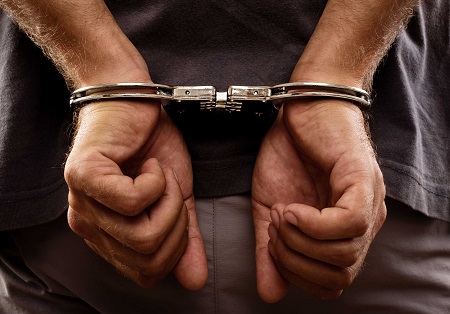 File photo
The acting Chairman of the Economic and Financial Crimes Commission, EFCC, Ibrahim Magu, has disclosed that the agency is collating comprehensive data on the Nigerians indicted in the recently busted money laundering and cyber crime offences in the United States.
Eighty suspects, most of them Nigerians, were allegedly involved in the crimes investigated by the Federal Bureau of Investigation, FBI, in the U.S.
Magu who spoke through the Head of the Ibadan zonal office, Friday Ebelo, during a press conference in Ibadan, Oyo State, said the massive data collection was part of the collaborative activities between the EFCC and FBI to ensure that criminal elements are exposed and made to pay for their crimes.
Journalists in attendance at the event were held spellbound when Ebelo took them through the intricate connections between the local Yahoo Boys and their offshore criminal collaborators.
According to him, the essence the data mining exercise was to establish any form of relationship the indicted individuals may have with Nigeria-based suspects, and how this could help in furthering the fight against economic and financial crimes in the country.
He said some of the information earlier collected have led to the arrest of many internet fraudsters, adding that one of the kingpins was nabbed during a recent raid in Ado-Ekiti, Ekiti State.
The kingpin Ajayi Gbenga Festus, he added, was found to be deeply involved in many internet-related frauds from which he had benefited up to N75 million in the last eight months.
“We were able to establish a number of illicit transactions through his Nigerian bank account amounting to over N223 million. Ajayi serves as conduit pipe through which proceeds of crime reach members of the syndicate,” he stated.
Ebelo also disclosed that in the course of the year, the zone arrested 263 suspects for cyber crimes. Of this number, 111 were convicted.
Apart from landed properties, vehicles, laptops and other valuables forfeited on the order of court, huge sums of money in local and foreign currencies traced to internet fraud were also recovered.
-NAN
Top Stories