Smalling, who is Man United's longest-serving player, is yet to feature for club this season. 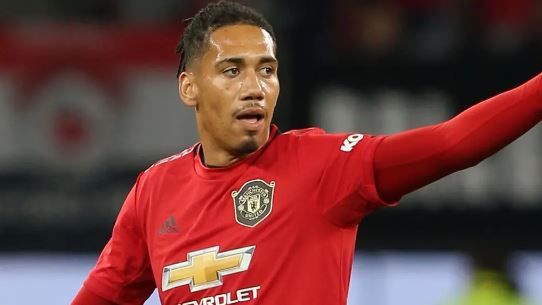 Chris Smalling
Manchester United defender, Chris Smalling could leave the club before the transfer window shuts down on September 2, according to Metro UK.
The England international has agreed on a season-long loan deal to join Serie A side, AS Roma.
Roma will pay around £2.7million to Man United for the move.
Smalling, who is Man United’s longest-serving player, is yet to feature for club this season.
The centre-back is down the pecking order in manager, Ole Gunnar Solskjaer’s squad since the arrival of defender, Harry Maguire and the return of Axel Tuanzebe in the summer.
The England international joined the Red Devils in 2010 from Fulham in a £10million deal.
Top Stories