What Does The President's Chief Of Staff Do?


What does the President's Chief of Staff do? Does he wield much influence? These are things you need to know. 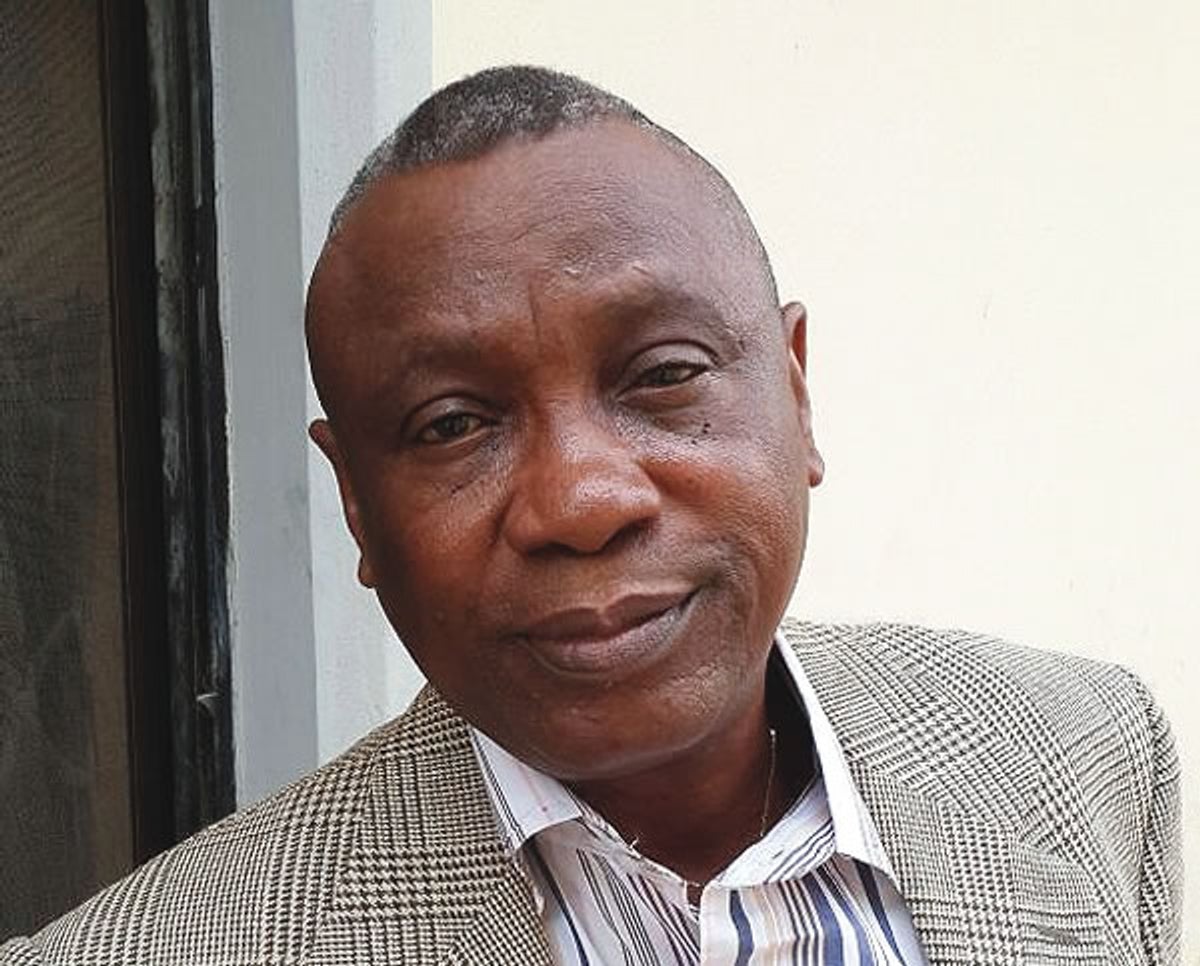 Eric Teniola
The office of the Chief of Staff to the President as we all know was not created by the constitution. Today, after 20 years, the office is one of the most envied in the land. The office plays two roles, Bureaucratic as well as Political. It is the abuse of the political role that has brought the attraction.

President Olusegun Obasanjo created that office for the first time in 1999 to follow the American pattern. The 36 states followed President Obasanjo’s example. Hitherto, the present assignment of responsibilities of that office were done by the Secretary to the Government of the Federation as well as the Principal Secretary to the Head of State. The office of the Principal Secretary to the Head of State came with the British. The first person to hold that office was Sir Peter Hyla Gowne Stallard who joined the British Colonial Office in 1937.  The then Prime Minister, Alhaji Tafawa Balewa, appointed him after serving as the Administrative Secretary of the London Constitution Conference. He later became the joint Clerk for the House of Chiefs and the House of Assembly of Northern Nigeria. After serving as Principal Secretary, Mr. Peter Stallard was posted as Lieutenant Governor of Honduras in 1961. He later handed over to Mr. Stanley Olabode Wey from Lagos. The chairman of the 10th-year independence anniversary committee in 1970, who was also deputy Permanent Secretary during the era of Tafawa Balewa in the Cabinet Office, Mr. Benjamin Akinnusi Osunsade, from Idanre in Ondo State told me last week that the office was too taxing to the extent that Wey found the job very frustrating. Osunsade added, in his Isolo Mushin house, that the system was working perfectly until the military came. According to him, “the military ruined the civil service and destroyed the country as well”. Eventually, Wey became the Secretary to the Federal Government.

During the era of General JTU Aguiyi Ironsi, the Principal Secretary was Mr. Abdul Kareem Disu, from Isale Eko, Lagos. He was the best friend of Dr Nnamdi Azikiwe, the first President of Nigeria as well as Chief Press Secretary. Disu married an Nnewi, Anambra State woman, Rose Asomugha. At their wedding ceremony, a veteran journalist, Chief Melie Chukelu Kafu Ajuluchukwu was their best man.

Mamu had earlier worked with a certain Col Buhari in Maiduguri when he was the military Governor in the North East in 1976. He was assisted by Alhaji Muhammed Musiliu Tanko from Sokoto State. Tanko, who speaks Yoruba fluently, had served under the former Vice –President, Dr. Alex Ekwueme. As Chief Secretary, he also served Maj Gen Tunde Idiagbon when he was the Chief of Staff, Supreme Headquarters between 1984 and 1985. Before his retirement, Tanko was a Director in the Federal Ministry of Finance.

During the tenure of Babangida, the Principal Secretary then was Mr. Hamid Wathanafa from Borno State. The same arrangement existed during the era of Chief Ernest Shonekan. During the tenure of Gen Sani Abacha, there were two Principal Secretaries that served under him, namely, Ibrahim Seriki and Alhaji Usman Jiidah Shuwa. When Gen Abdusalami Abubakar came to power, he appointed Alhaji Sadiq Mahmud as Principal Secretary and the pioneer Military Governor of Osun State, Maj Gen Segun Ajiborisha as Principal Staff Officer. Ajiborisha is from the famous Onimole family in Isale-Eko, Lagos as well as Olorogun Adodo family also in Isale-Eko, Lagos. He lives quietly in his Apapa residence now.

As noted earlier, it was Obasanjo who created the office of the Chief of Staff and appointed the former Military Governor of Benue/Plateau State and former National Security Adviser, Major General Abdullahi Muhammed, to that post with Ambassador Aderemi Olagoke Esan as his deputy. He also appointed Alhaji S. Mamud as his Private Secretary. In addition, he made Mr. Steve Oronsaye from Edo State as Principal Secretary.

However, when in 1999 Obasanjo created that office, he wanted the Chief of Staff to be the head of his domestic staff. A sort of a bookmaker or scheduled officer who oversees his appointments and meetings like an Ajiroba, whom the Yoruba call the fellow who first sees the king in office. He copied the American system. Even in America where the office first originated, it was only in 1946 that the office was normalised and it acquired its current title in 1961. The Americans labelled the office as “Gatekeeper”. I remember President Obasanjo instructed the then SGF, Chief Ufot Ekaette, to draw for his approval in June 1999 the schedule of the office of the Chief of Staff. I remember the first of that schedule was drafted by Ekaette’s top aide at that time, Dr. Goke Adegoroye and Chief Phillip Asiodu, “a Super Permanent Secretary” during the Gowon era, who was at that time the Chief Economic Adviser of the Federal Government. The leakage of the schedule that was published in the media almost put me into trouble. Since that time till now the office has blossomed.

When Obasanjo left in 2007, he wanted Abdulahi to be retained as Chief of Staff, but the powerful men from Katsina State resisted. People like Dr. Tanimu Yakubu Kurfi, the then Minister of Agriculture and Water Resources, Abba Suyyad Ruma, Shehu Inuwa Imam, the CSO, Yusuf Tilde and the ADC, Colonel Mustapha Onovieda encroached on that office and in the end, Abdullahi left the Villa in June 2008. The situation became confused at that time and no one could possibly say who was really in charge. In the end, President Yar’Adua scrapped the office and sacked all the special assistants of Obasanjo.

The situation continued during the illness of President Yar’Adua and his sad death on May 5, 2010. Since then, every President has appointed a Chief of Staff.

In May 2010, President Goodluck Jonathan appointed his friend and deputy governor colleague, Chief Mike Oghiadomhe, from Fugar in the Etsako area of Edo State as his Chief of Staff. On February 8, 2014, he replaced Oghiadomhe with Brigadier General Jones Oladeinde Arogbofa (retd.) Arogbofa, who is from Oka in Akoko South Local Government Area of Ondo State was a former Military Assistant to Brigadier General  Raji Rasaki (retd.), a former Military Governor of Lagos.

The present Chief of Staff, Mr. Abba Kyari, was appointed by President Buhari on August 27, 2015. A product of the University of Cambridge, in addition to his appointment as Chief of Staff to the President, Kyari was also appointed to the board of the NNPC by Buhari on July 4, 2016.

The growth of the power and influence of the office of the Chief of Staff depends on the President. Only the President can decide the relevance of that office and how powerful it could be. He is the only one who can delegate authorities and powers to that office. For all powers flow directly from him.
***
Eric Teniola, a former director at the presidency, wrote from Lagos.
Top Stories