The photo of the young Catholic priest who was killed and set ablaze by armed bandits has been revealed. 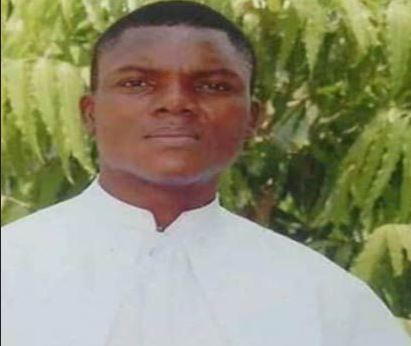 Rev. Father David Tanko
Yesterday, 29th August, the sad news emeregd that a Catholic Priest, Rev. Father David Tanko was ambushed and killed at Kufai Amadu in Takum local government area of Taraba state.
Now a photo of the man, seen above, has emerged.
According to reports, the cleric was on his way to Takum for a peace meeting with his fellow clergymen on how to resolve the lingering Tiv, Jukun crisis when he was killed.
Confirming the incident, the chairman of the council, Shiban Tikari disclosed that after killing Tanko, the attackers set him and his car on fire.
Top Stories