How Comedy Saved Me From Police Brutality - Comedian, Brother Solomon Tells His Story


A Nigerian comedian, Brother Solomon, has narrated how comedy help save him from police brutality. 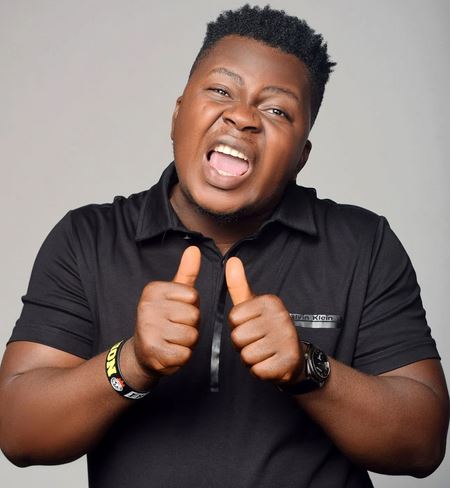 Brother Solomon
Not every young man in teenage years or twenties, who owns a car has a palatable story to tell after a run-in with the police, who considers most young men of that age bracket Internet fraudsters or Yahoo Yahoo boys but for video skits comedian Onoruvie Godswill Enweroghene popularly known as Brother Solomon it was a different kettle of fish altogether.
What could have turned out to be an unpleasant experience became a memory he would not only forget but one that would spur him to strive for greater heights in his chosen career.
“I never knew the Police also enjoys my comedy not until a team of F-SARS stopped me while I was driving and asked for my papers which I presented. My papers where faultless and they still asked me to follow them to their office. Reaching their boss saw me and was like ” are you not Bro Solomon the comedian, the one that runs with one shoulder bent? And I said yes “. So he asked them why they arrested me and the squad leader couldn’t say anything. He ordered for my immediate release. You can imagine if I weren’t a comedian, they would have laid a false allegation on me just to extort money from me,” he revealed in a chat with Potpourri.

Speaking further he said he never knew he was that popular and admitted the experience pushed him to want to be better on his craft.

“Since then, I have resolved this is a line for me to toe in life. The joy when people park their cars just to say ‘hello’ makes me marvel. I will be like, my fans love my videos,” he beamed.

But life has not always been so kind to Brother Solomon as he had to struggle hard to achieve the fame he enjoys today.

“I have always dreamt of being an actor but there wasn’t a direct link to becoming an actor, so I started doing funny videos for fun and it went viral. I discovered people loved them and I continued with it. Before I knew it, I got so deep in it that my passion for it grew so strong that I couldn’t even do without it. Although it’s paying off gradually. When I say gradually, I mean when I started, I was spending my own money just to make sure I make videos available. I remember back then I used my school fees to buy a camera, used my savings to buy a phone for editing and upload and many more like that. I can remember how much I spent on data. I even went hungry just to buy data for upload and monitor my video views/comments. I might not have been getting much from my current business but I earn little from adverts, emceeing at weddings. The little I get gives me hope that the future will be better,” he added.