A woman has been nabbed after she reportedly sold a kidnapped boy for N300k in Niger state. 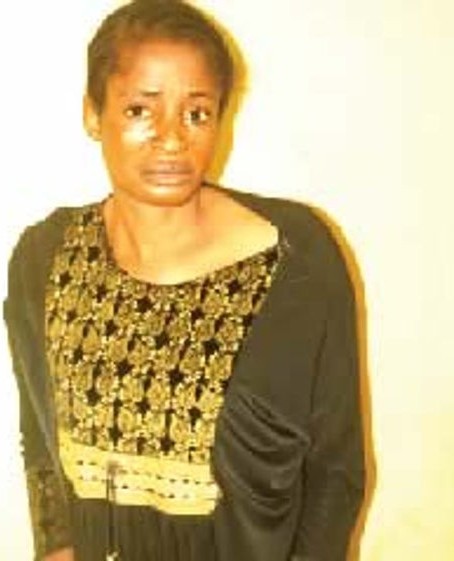 According to a reprt by Punch Metro, a woman, Bose Isaac, has been arrested by the Niger State Police Command for allegedly selling an abducted baby boy for N300,000.

He said the suspect was arrested after the father of the victim, Gambo Shua’ibu of the Cikin-Gari area of Kagara in the Rafi Local Government Area of the state reported the disappearance of his son to the police on August 24, 2019.

In response to the report, a team of policemen attached to the Kagara Division was dispatched and investigations led to the arrest of the suspect, who was plotting her escape.

The police spokesman told Northern City News that the suspect confessed to the crime during interrogation.

According to him, the suspect confessed to have abducted the child and took him to a woman in Ogun State, who promised to give her the sum of N300,000 in return.

According to Abubakar, the suspect told the police that the buyer had yet to fulfil her own side of the bargain.

In an interview with our correspondent, the suspect claimed that she needed the money to sort out “family problems.”
“I abducted and sold the little boy for N300,000 to a woman in Ogun State, who was desperate to have a child of her own,” Isaac stated.

Asked why she sold another person’s child, she said, “It was the work of the devil and poverty in the land that made me find myself in this hopeless situation.”

The police spokesperson said the command was doing everything within its power to arrest the buyer and rescue the victim, while perfecting documents to arraign the child trafficker in court.
Top Stories