There was serious panic in Ikorodu today after two BRT buses collided leaving many people panicking. 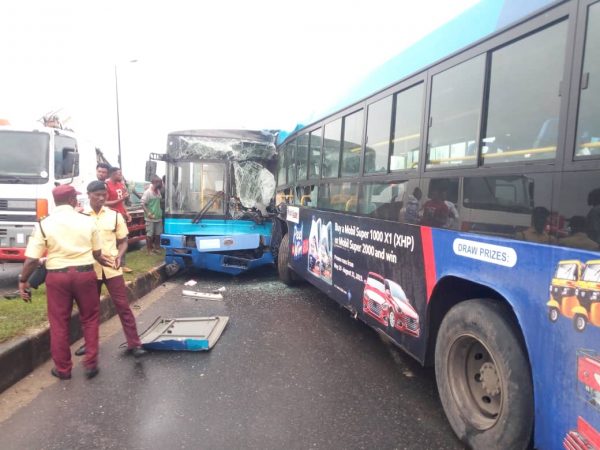 Scene of the incident
Two buses belonging to the Bus Rapid Transport scheme on Monday collided at Asolo area of Ikorodu, Lagos State.
Information released by the Lagos State Traffic Management Agency showed that the collision happened around 7:45 a.m. on Monday.
LASTMA revealed that the accident led to the build-up of traffic around the area. However, efforts were on to remove the vehicles from the road.
There was no mention of fatalities in the accident.
LASTMA tweeted, “An accident involving two high capacity buses on the BRT corridor at Asolo. Traffic building up both ways due to onlookers. Recovery already ongoing. Please be patient.”
See more photos below: 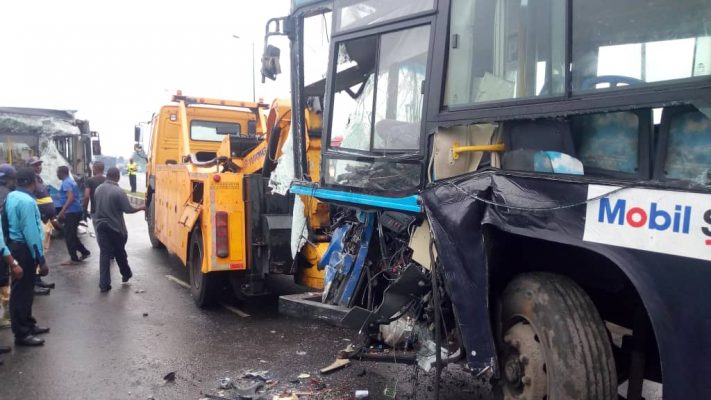 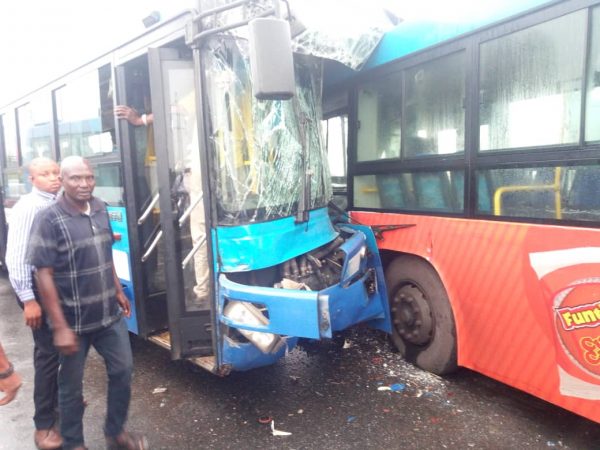