BBNaija: 'He Is Unpredictable,' - Fans React To Seyi's Veto Power


Fans of the Big Brother Naija reality show have reacted after Seyi emerged as the winner of the Veto Power. 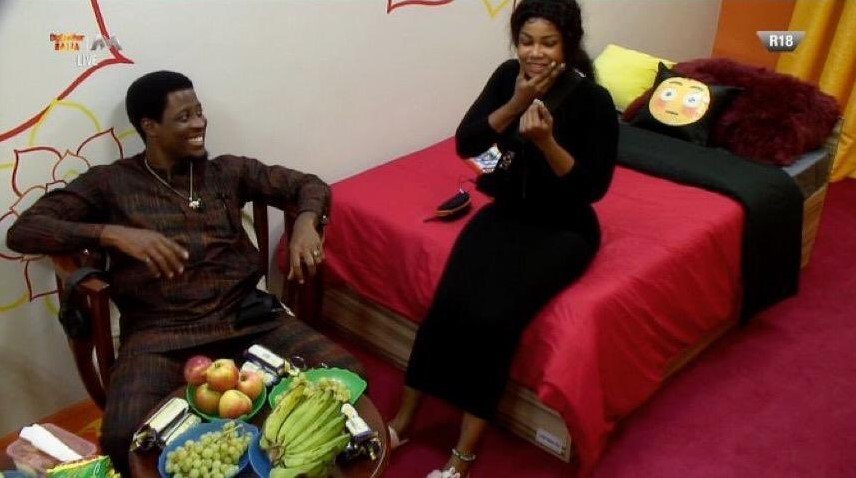 Seyi and Tacha
The phrase “Seyi is unpredictable” became viral on social media as fans react to Seyi winning the Veto Power after Sunday night’s task.

Seyi, who is the grandson of Awolowo now holds the power to save and replace a housemate on eviction tonight.

This is the second time, he has won the Veto Power in the Big Brother House. He has shown high level of intelligence as he became the first housemate to win Head of House and Veto Power twice.

However, the fans are right, Seyi Awolowo has shown he could be unpredictable on many occasions. The first that comes to mind was when he declined to use his veto power when he won it the first time.

Seyi who also appeared close to Tacha in the house has raised some eyebrows when he seems to hide his true feelings for her while speaking with Biggie. In fact, Fans have decided to ship them on many occasions but Seyi’s contrasting displays have left many disappointed.

The tension is up already with fans on their toes awaiting Seyi’s decision on Monday night.

Here are some of the comments:

@viakada96: “Seyi be giving people HBP with his unpredictable ways. See how we are deliberating who he will save. My own is has Seyi and Tacha reconcile?

One wrote: “Seyi is the first HM to complete a VPH/HoH double-double. “Last time he had the veto, he got in trouble for not using it. This time, he has to use it.

“Do you think he’ll have to save himself or someone from Team Legends.”

@newbee Jummie: “I am so worried that my husband SEYI might put up my MERCY today. I am so scared because sucre papito is unpredictable. God help me and my husband today.”