Warning! You May Soon Be Sent Be Sent To Prison For Owing Workers Salaries


Employers in Nigeria who fail to pay workers their salaries in due time, may soon be faced with jail time. 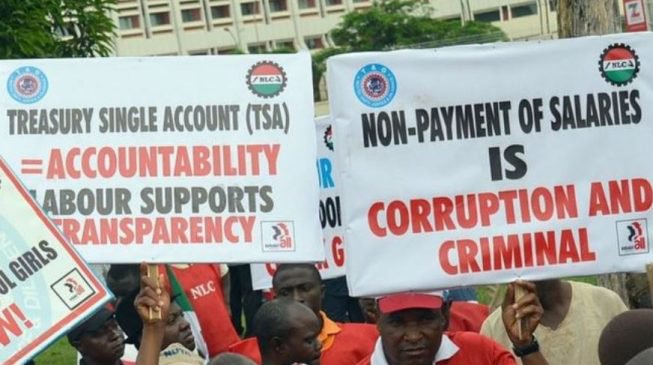 Femi Gbajabiamila, the speaker of the federal house of representatives, is sponsoring a bill that will prohibit the late payment or underpayment of staff salaries and other entitlements, TheCable reports.

The bill recommends penalties such as fines and imprisonment for employers who delay salary payments.

The bill reads in part: “An employer who withholds salary, wage, pension and any other benefit and emolument of any worker for a period of seven days and above, in respect of other monetary benefits shall pay 30% of such monetary benefits for the period.

“An employer who fails in its obligation for a period of 60 days and above shall be liable to fine of 30% of the wage for the duration and one-month imprisonment and 30 per cent fine of two months’ wage for a period of 30 to 60 days.

The bill, which was sighted by Sunday Tribune, also recommends punitive measures for directors of public limited liability companies who default in the payment of salaries and other benefits to workers.

If passed into law, the legislation will be binding on all Nigerians working as a full employee or contract staff/apprentice (either through oral or written agreement) in the public and private sectors.
Top Stories