Ex-Nigerian lawmaker, Bukola Saraki has been seen having a good time with his sons watching football in England. 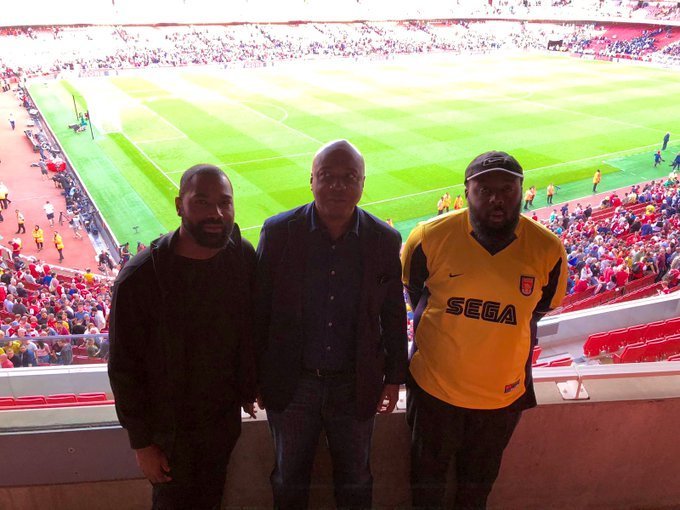 Saraki and his sons in England
Former Senate President, Dr. Bukola Saraki and his sons, Seni and Niyi were at the Emirates Stadium, London on Sunday to watch the match between Arsenal and Tottenham.
Saraki wrote on his twitter account before the match thus: “Just getting to the Emirates stadium to watch the NLD (Arsenal vs Tottenham) with my sons, Seni and Niyi.
“Feels so refreshing to be able to watch the match of great rivals, especially with family. I am sure fellow gunners are as excited for the Match. What are your predictions?”
He then wrote after the match: “That was a great game to watch. Arsenal showed a lot of heart coming down from two goals down. Like Arsenal showed us, determination is key to turning things around. It is never too late to turn things around. Wishing you all a great week ahead.”
Top Stories