'My Heart Cries' - Check Out How Billionaire Businessman, Otedola Reacted To The Xenophobic Attacks 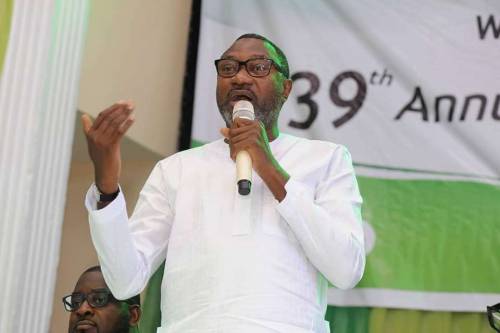 Femi Otedola
Billionaire businessman, Femi Otedola has reacted to the attacks on Nigerians in South Africa.

In the latest wave of violence against foreigners, which began on August 28, several businesses owned by Nigerians had been destroyed and looted while those found on the streets had been physically assaulted, raising fears among many Nigerians domiciled in the former apartheid colony.

Reacting to the development, Otedola in a tweet via his verified Twitter account @realFemiOtedola, described the development as hateful discrimination and urged Africans to “come together as a continent to fight this injustice”.

He said, “My heart cries for my Nigerian brothers and sisters who have been senselessly killed in South Africa.

“I strongly condemn this hateful discrimination and xenophobia. I pray for us to come together as a continent to fight this injustice.”