A 74-year-old woman has shocked the world after giving birth to two twin in India. 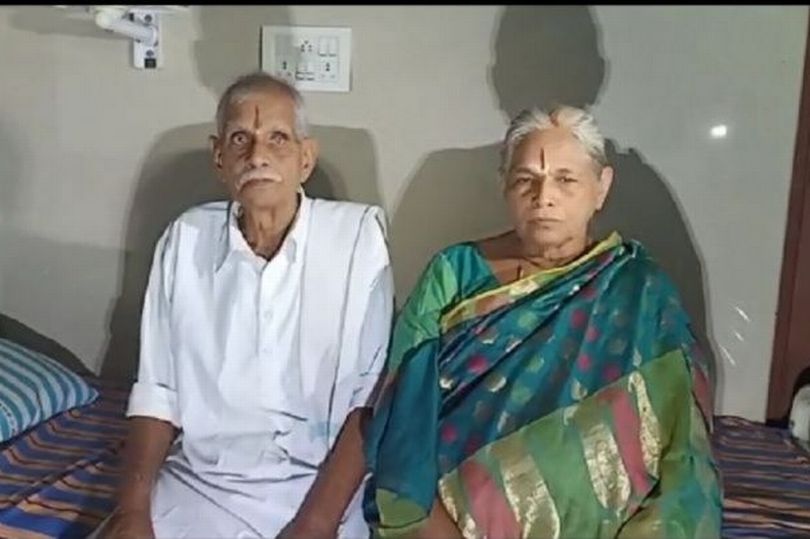 Yerramatti Raja Rao and husband
A 74-year old woman has delivered twin babies on Thursday in India after being married for 54 years without a child.
Yerramatti Raja Rao was delivered of her babies in a private hospital in Guntur city, India as doctors.
The birth of the twin babies toppled a record set by another Indian woman who gave birth to twin babies in 2015 at the age of 70.
The oldest woman ever reported to have a baby was in Italy at the age of 101.
According to doctors Yerramatti Raja Rao who hailed from Nelapartipadu in East Godavari district married Mangayamma on March 22, 1962.
After few years of their marriage, they expected children, but dreams were not fulfilled.
Though the couple became old, their dream was not fulfilled.
Recently, a woman residing near their house became pregnant at the age of 55-years through IVF.
Mangayamma drew inspiration from her.
She along with her husband approached Ahalya Nursing Home in Guntur city.
They met IVF experts Dr.Sanakkayala Umashankar. The doctors collected Mangayamma’s husband sperm and tried in the IVF system. Doctors efforts were fruitful.
Since then, Mangayamma was under the supervision of doctors in the nursing home.
Dr.Umashankar decided to perform cesarean to her today at 10.30 am. The doctors noticed twins in her womb. They have made arrangements to perform delivery to the old age woman.
Top Stories