Yahaya Bello is convinced that he will defeat his major challenger from the PDP in the coming election. 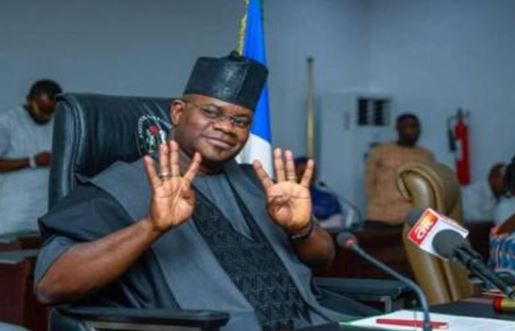 Governor Yahaya Bello
Governor Yahaya Bello of Kogi state on Wednesday said he will defeat the Peoples Democratic Party (PDP) convincingly in the November 16 governorship election in Kogi State.
Bello who is seeking reelection on the platform of the ruling All Progressives Congress (APC) also said he is not threatened by the fact that Engr. Musa Wada, the governorship candidate of the PDP is from Igalaland in Kogi East senatorial district.
Top Stories