Sources said Macaiver took the action to support his kinsman and candidate of the All Progressives Congress (APC), Chief David Lyon. 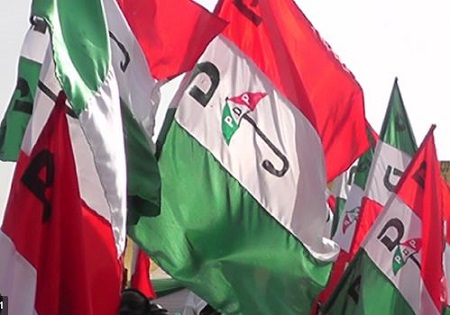 An aspirant in the just-concluded primaries of the Peoples Democratic Party (PDP), Joshua Macaiver, has resigned his membership of the party.

Macaiver, a popular ex-militant leader from Southern Ijaw Local Government Area of the state, sent his resignation letter to the PDP chairmen in Olodiama ward 2, ward 4 and Constituency 4.

Macaiver, who was the first to establish a campaign office along Isaac Boro Expressway, Yenagoa scored seven votes out of the 1,244 votes cast in the primaries.

Though the ex-militant leader in the letter dated September 4 cited personal reasons for withdrawing his PDP membership, sources said Macaiver took the action to support his kinsman and candidate of the All Progressives Congress (APC), Chief David Lyon.

The source, who spoke in confidence, said the aspirant had picked the membership card of the APC and would soon be unveiled as APC member in a grand ceremony.

Macaiver’s letter said: “I, Great Joshua Macaiver, a card-carrying member and also an aspirant in the just-concluded gubernatorial primaries in Bayelsa, wish to express my intention to withdraw from the Peoples Democratic Party (PDP).

“The reasons for this withdrawal from the party on this day, 4th of September, 2019 is strictly personal. I am grateful to the party for giving me a platform to be a very active member in its development at the ward level and state in general”.
Top Stories