A notorious fraudster wanted by the FBI has been apprehended by men of the EFCC in Kaduna. 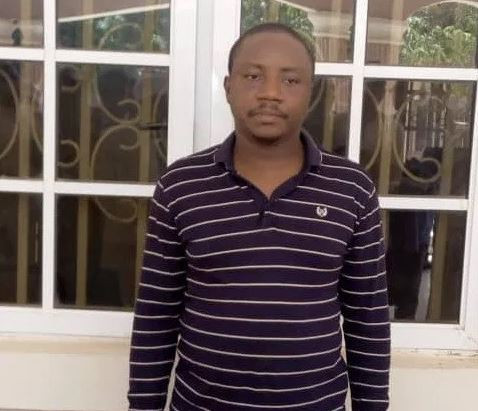 Emmanuel Adedeji Oluwatosin
The Economic and Financial Crime Commission, EFCC, Sokoto Zonal Office has arrested another FBI-wanted internet fraudster identified as Emmanuel Adedeji Oluwatosin.
He was arrested in Kaduna by EFCC operatives. The Zonal Head, Abdullahi Lawal confimred Oluwatosin’s name is on the wanted list of the FBI.
Lawal while parading the suspect in Sokoto on Thursday listed the assets recovered from his residence. They were Mercedes Benz E550, Mercedes Benz C450, an IPhone, laptops, modem and SIM cards.
Lawal added that the suspect and his accomplices both in Nigeria and overseas, acquired retirement account information (RAI) and personally identifiable information (PII) of multiple persons which they fraudulently used to wire funds into newly created business bank accounts tied to the fraudulently created business.
The proceeds were then converted into cryptocurrency. He said preliminary investigation had so far revealed that about N1.4 billion passed through the suspect’s accounts and the commission had also traced N70 million investment.
Top Stories