Supermarkets are now raking in seriously huge profits over the closure of Shoprite in the city of Akure. 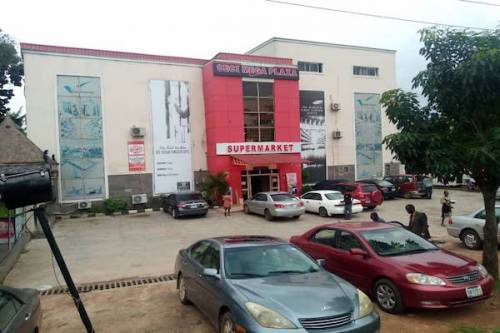 Some Supermarkets and stores in Akure, Ondo State, are now profiting heavily from the closure of popular mall, Shoprite, SaharaReporters can authoritatively report.

It was observed that impatient customers have begun seeking other means to purchase items in the state by approaching supermarkets and street stores in the city.

Our correspondent, who visited several supermarkets across Akure on Thursday, discovered how customers were trooping in constantly to purchase various items.

Though there have been complains by consumers over the cost of items in many of the supermarkets and stores visited by our correspondent, the crowd in those places did not reduce for the most part of the day.

Manager of one of the stores in the city, Abimbola Chukwudi, told SaharaReporters that they indeed sales had increased for them since the Shoprite outlet in Akure was shut down.

According to her, they were currently overwhelmed with the influx of customers and wish business can remain like this for them.

She said, “We have been witnessing improved sales and high influx of customers in our store since Shoprite was shut down in Akure due to the protest by some youths.

“In fact, to withstand the large number of customers, we now open all doors to the supermarket so that customers can go in and out easily.

“To be honest, we have been profiting from the closure of Shoprite and we are very happy about this.”

It is the same story for Bimbo Adebakin whose supermarket in the city has also witnessed increased patronage.

According to the middle-aged woman, since the closure of Shoprite, business had flourished so much that she had been smiling to the bank.

“I have requested for two salesgirls to join the four people working at my supermarket at the moment because of the large volume of customers we have been recording since Shoprite was shut down,

“Even customers that had forgotten us for a long time, they have started patronising us again. This is indeed a blessing in disguise for people like me,” she said.
In the other parts of Akure visited by SaharaReporters, it was a similar tale of job for supermarket and store owners, who said that the entire situation was a way God had used to prosper their businesses – many of which had come under severe threat of even extinction since the arrival of the South African company in the city.

A customer, Iyabo Adebayo, told our correspondent that she has had to rely on supermarkets around her to purchase needed items since the closure of Shoprite in Akure.

“Since Shoprite was shut down, we have to seek another means to buy our goods.

“We have been getting every item need at many of these stores and that is why we are not really feeling the closure of the popular mall,” she said.

The latest development comes barely two days after the Shoprite outlet was shut down over fears of an attack by youths protesting the killing of Nigerians and other African migrants in South Africa.
***
Source: SaharaReporters
Top Stories