BBNaija: ''Shut Up Your Mouth" - Ozo Clashes With Prince During Their Drama Practice (Video)

Sad Tale Of Female Banker Murdered Over POS In Ondo


It was gathered that the deceased, who operated the Point of Sales service at Oke Ogba area of the metropolis, was trailed there by the killers after closing from work. 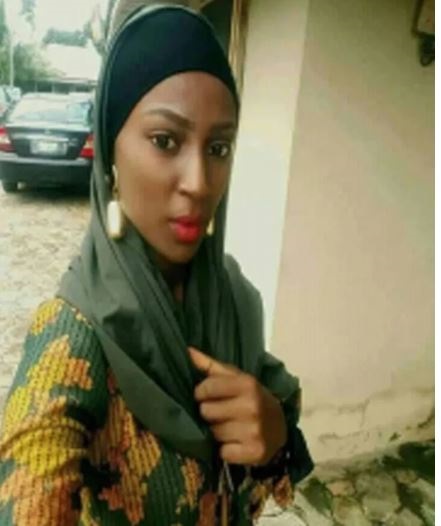 Tears flowed uncontrollably as news of the gruesome murder of the 28 year old female banker, Nofisat Adetutu Ibrahim, spread like wild fire across Akure in Ondo State and beyond.

Prior to her death, Vanguard gathered that the deceased and the boyfriend reported the threat to her life at the Fanibi Police station on Wednesday morning.

But her life was cut short in the evening of same day.

Nofisat was a graduate of Mass Communication from Adekunle Ajasin University, Akungba, Akoko.

She was a contract staff with the First Bank, Plc, Oja Oba branch in Akure, in Ondo State and was in charge of the Point of Sale, PoS, ordering.

She was murdered because the bank she worked with turned down the request of issuance of PoS to a big time business woman because of the location.

The business woman transferred the anger on her until her life was cut short abruptly last week Wednesday at about 7:15pm.

Sadly enough, the business woman, who had been in police custody with two other suspects since the banker was killed, was said to have physically assaulted and publicly embarrassed the deceased few days before the killers finally snuffed life out of her.

When the threat to her life was becoming unbearable, she, in company of the bank manager, went to plead with the big time business woman.

Reliable sources had it that the business woman insisted after the visit by the deceased and some bank staff to deal with the deceased for daring to refuse to issue the POS to one of her younger sisters, she stood for in the bank.

All efforts to explain the bank’s policy on POS to the businesswoman fell on deaf ears.

Also, the deceased boyfriend reportedly called the business woman to plead on her behalf.

Sensing that the threat was getting more ferocious, the deceased reportedly informed her manager but when nothing was done, she lodged a complaint with the regional manager of the bank.

When she discovered that the bank was trying to protect the customer at her detriment, she reportedly told her family members.

While the family members were determined to take up the matter officially, the deceased stooped them for fear of losing her job.

While they were still thinking of the next line of action, since the two top officials of the bank felt unconcerned about the threat to her life by the business woman, the killers struck few minutes past 7pm.

The deceased, who operated the Point of Sales service at Oke Ogba area of the metropolis, was trailed there by the killers after closing from work.

Hot bullets were pumped into her heart as she tried to escape from the grip of two killers, who stormed her shop on a motorbike, when they tried to strangle her.

Her killers succeeded in breaking her neck but while she struggled to escape from the kiosk, she was shot close to her breast.

A sympathiser reportedly rushed her on a motorbike to the state specialist hospital only to be confirmed dead by doctors on arrival.

The gunshots made shop owners and residents at Oke-ogba area in Akure metropolis to scamper for safety thinking it was a robbery operation.

By the time normalcy returned, Nofisat was met in the pool of her blood.

A Police source said that the regional and branch manager of the bank were arrested and quizzed for not protecting the deceased by reporting to their head office for quick intervention despite several complaints of threat to her life.

The deceased was a daughter of a former Principal Officer of Rufus Giwa Polytechnic, Owo, RUGIPO.

She obtained a National Diploma (ND) in Mass Communication from the Polytechnic and a BSc from Adekunle Ajasin University, Akungba-Akoko, AAUA.

She joined the bank after her Youth Service.

Meanwhile, the family of the deceased, speaking through her elder sister, Mrs. Aminat Ibrahim, said that the lackadaisical attitude of both bank manager and the regional manager caused the untimely death of her younger sister.

She, however, promised that justice will be served.

Aminat said: “All we want is justice and we don’t want the police to sweep the matter under the carpet. Adetutu told us that she (the businesswoman) promised to deal with her over the issuance of PoS. She reported the matter to her bosses in the office but they did not take any action to protect her.

“We want the Ondo State government to investigate this matter properly; the perpetrators must not escape justice. We are begging the government to assist us. Justice must be done.”

Her fianceé, who spoke in confidence, said that his life was equally threatened by her killers for trying to intervene in the matter.

He said: “I was told on the phone that my fiancée would be beaten, and also stripped naked in the open market.

“She was attacked in the evening on Wednesday. The killers strangled and broke her neck. She tried escaping to (an) open space but unfortunately for her, they shot her in the heart and she died.”

Contacted, the police spokesperson, Femi Joseph confirmed the arrest of three suspects but declined their identities.

Joseph said: “We have three people in our custody and they are helping us in our investigation, we will surely arrest the perpetrators. We are investigating and we want to assure that we will leave no stone unturned to make sure the perpetrators are brought to justice.”
Source: The PUNCH
Top Stories

BBNaija: I Enjoyed Making Out With You – Erica Tells Kiddwaya (Video)