The story behind the 'demolition' of the Port Harcourt mosque has been given in a new report. 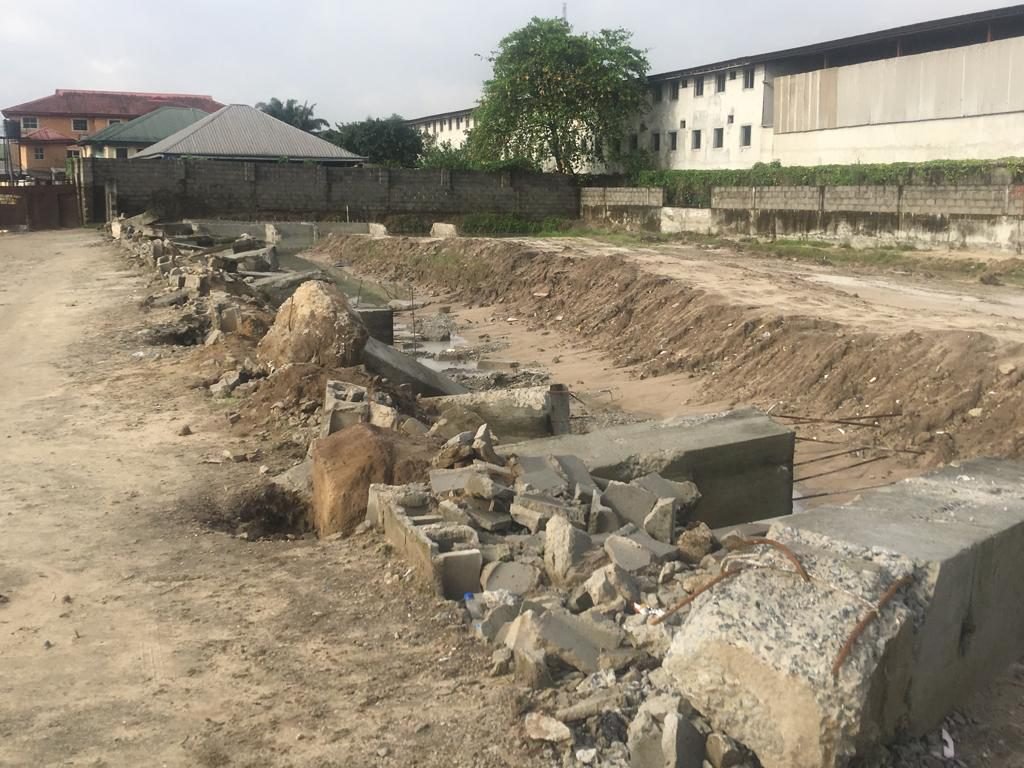 The foundation that was destroyed
On August 21, news broke that the Rivers state government had demolished the central mosque at Trans-Amadi Industrial Layout in Port Harcourt. The demolition was said to have been carried out on the orders of Nyesom Wike, the governor. From that time, the controversy has been on.

Although the governor said no mosque was demolished and that what brought down was the “foundation of an illegal structure”, some Nigerians including Asari Dokubo, leader of the Niger Delta Peoples Salvation Force (NDPSF), accused him of lying. The ex-militant leader had said: “I am a member of the congregation of the Trans-Amadi central mosque. That is where I pray with my family.”

TheCable visited the scene for an on-the-spot assessment and findings showed that indeed a structure was demolished. Although the structure which was to serve as a mosque was still at foundation level, Muslims have been praying there for many years.
RESIDENTS, WITNESSES SPEAK

Residents and witnesses who spoke with TheCable recounted how a bulldozer brought down a structure on the site in the afternoon of August 20, 2019. A retailer whose shop is a few metres to the plot of land where the mosque was being built said the government officials arrived at the scene in company of heavily armed policemen.

“The policemen arrived and surrounded the place. After some time, the bulldozer came and started demolishing the foundation,” Nwanyi Ocha, a resident, told TheCable.

“But they have not built anything there, just the foundation. They were still pouring concrete on the surface level. The only structure there is one small place where the iron bender takes cover when it is rains. But people have been coming to the mosque to pray; they pray on the ground.  They were even there last week Friday.” 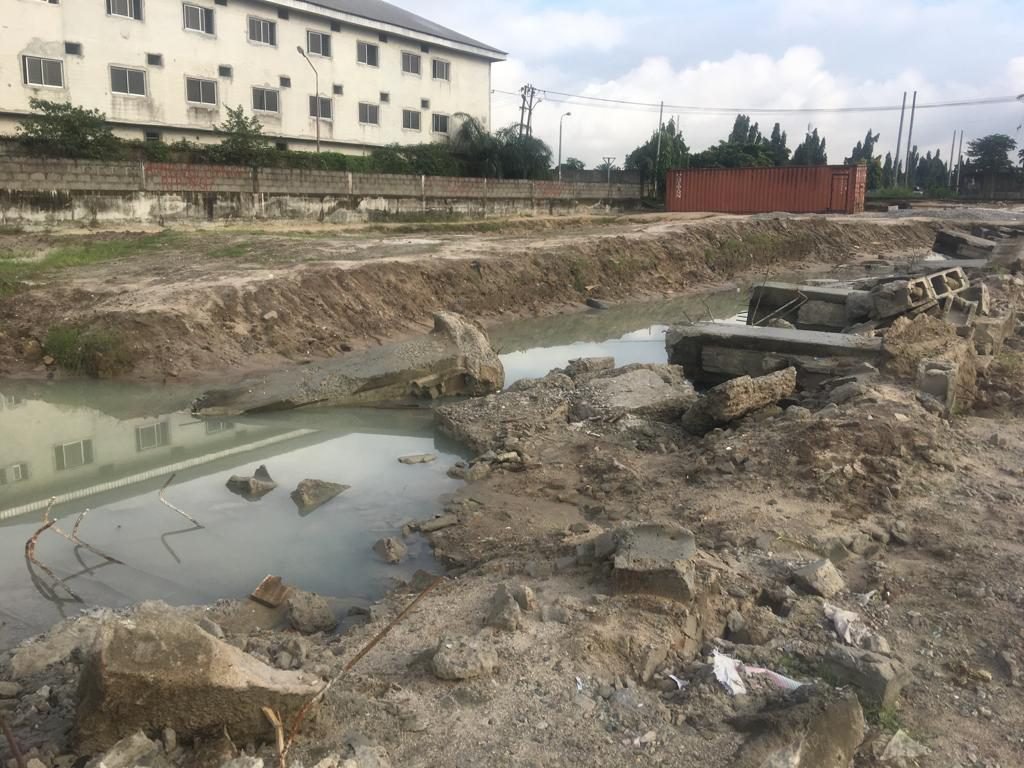 Another resident corroborated Ocha’s claim that what was affected was the building’s foundation and its fence. Aliu Sadiq, secretary of the mosque, also said not much work had been done on the site before the government officials visited the place.

“The structure was at foundation level; it was an ongoing construction, not like a full structure,” he told TheCable, adding that the issue in contention is the plot of land and not necessarily what is being built on it.
THE ISSUE THAT SPARKED THE CRISIS

The controversy over the ownership of the plot of land began in 2010 when the state government under the administration of Rotimi Amaechi, Wike’s predecessor, carried out the first demolition on it. Since then, it has been a subject of dispute between the Muslim community and the state government despite an earlier court decision over the matter.

Sadiq told TheCable the Muslims in the state had bought the plot in 2010 from one Edward Amadi who owned the property and similar ones within the area.
“We bought it in 2008 (but) before we bought it, the landlord showed us evidence that he is the owner of the land; and he even told us to go and verify. There were correspondences between him and the governor showcasing the ownership of the land. After thorough investigation, we discovered it was indeed that of Chief Amadi.

“At some point, the government wrote a letter to him to apply for fencing permit, which he did and was granted. If the land does not belong to him, the government wouldn’t have granted him that.

“So we came up with the mosque building plan which was submitted to the government; it took almost a year before the approval came out, which was in 2009. We then commenced the development of the place by first of all awarding the retaining wall to protect the there from water because the land is close to a canal.”
He said all was going well until February 4, 2010, when Amaechi gave an order for the property to be demolished.

“There was no reason or notice. He was just on an on-the-spot visit and saw us developing the place and gave instructions for the place to be demolished. All efforts to get Amaechi to rescind the decision did not work. By February 5, the next day, the demolition was carried out.” 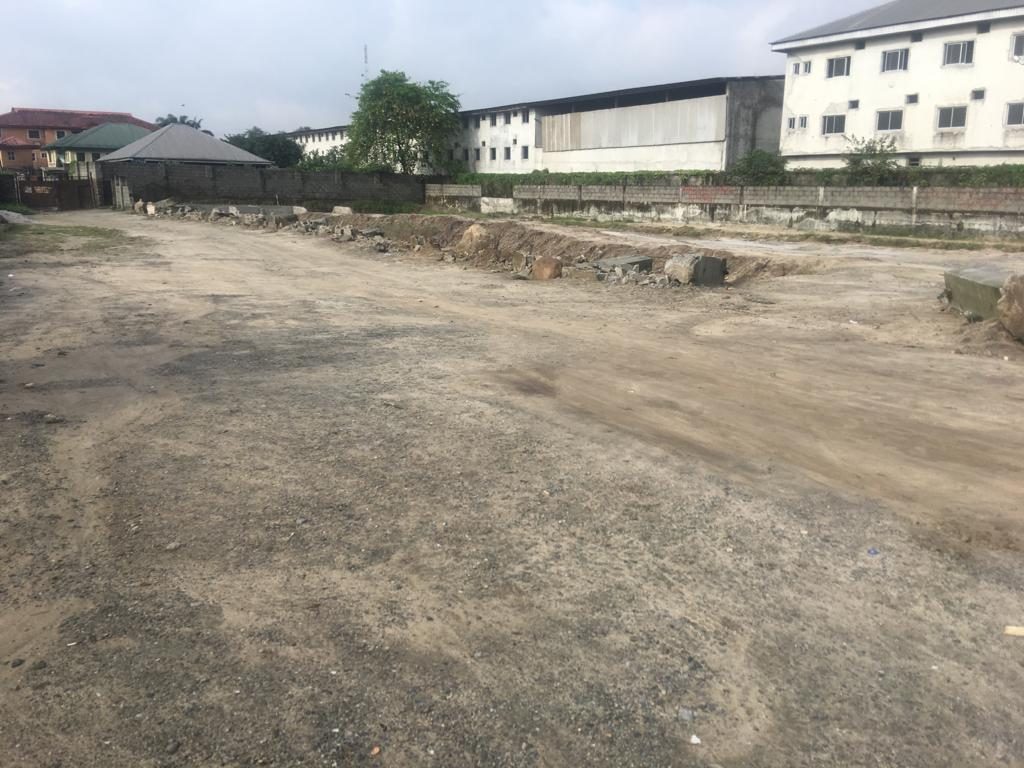 Following the first demolition carried out on the site, Amadi went to the Rivers state high court with the certificate of title of the land, alleging the demolition was illegal.

“A judgement had been given on the case in 2017. There was a claim and counterclaim; the government claimed the ownership of the land; Amadi went to court with ownership (title) of the land; but his claim was dismissed based on non-signing of writ of jurisdiction. The court said writ of summons was not properly signed,” Sadiq said.

“The government’s counter-claim that they were the owner owner survived because the court said it was an independent suit. But they (the government) were not able to prove that they are the owners of the land, so their own case was equally dismissed. The two of them were dismissed, meaning that the government has no ownership in that place, and they did not appeal it.”
TheCable reached out to Amaechi who is now the minister of transportation.

Speaking through David Iyiofor, his media aide, the two-term governor of Rivers, narrated his own role in the crisis.

“Facts are being twisted and misrepresented. Amaechi as governor of Rivers State did not demolish any mosque on that site. We recalled that during one of his many project inspections around the city of Port Harcourt, Amaechi noticed that some persons were in the process of building on government land,” iyiofor said.

“He stopped the work they were doing and directed the relevant Rivers State government ministry liaise with the builders to determine the veracity of their claims that they(builders) have legal rights to the land. The outcome of the government investigation at that time confirmed that the land belongs to the state government and there was no government approval for anyone or body to build on that parcel of land. So it’s absolutely preposterous for anyone to claim otherwise and drag Amaechi’s name into the current controversy.”
‘THE AREA IS OWNED BY GOVERNMENT’

TheCable spoke to senior officials of the Rivers government, seeking clarifications on the matter.
At first, none of the officials was forthcoming but after pressing for long hours, Dumo Williams, permanent secretary, ministry of land and survey, told TheCable the whole of Trans-Amadi Industrial Layout is owned by the government.

“That area is owned by the government. So, private land cannot be there. No private land is in the whole vicinity. That is number one,” he said.

“I don’t know the land but I heard, just like you heard in the news that there is a foundation somewhere in Trans Amadi that was demolished. Who demolished? I don’t know.” 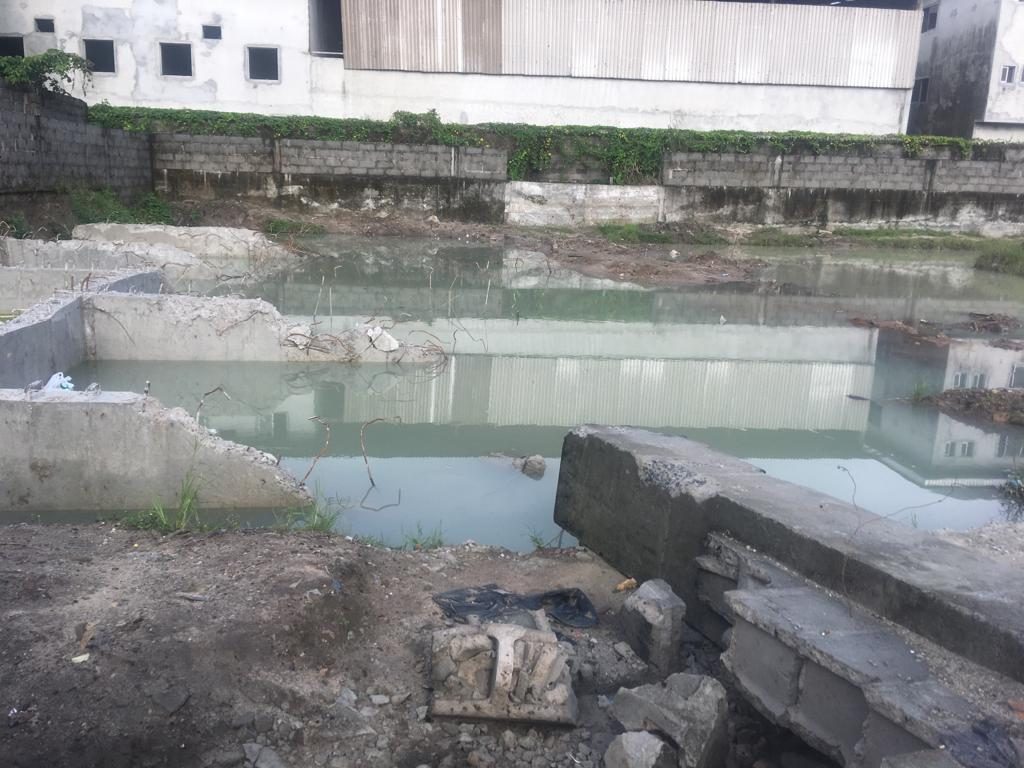 TheCable, however, observed that contrary to Williams’ claim, a lot of private structures exist within the layout, some owned by Amadi who is now late. It was also gathered that no structure within the area has been demolished recently.

At the ministry of urban development and physical planning, the secretary at the permanent secretary’s office declined to grant the reporter access to her principal after being told what the visit was about.

Simeon Nwakaudu, spokesman to the governor, declined comments on the various issues raised but told TheCable via a text message, that “there was no demolition because no mosque existed at the location.”

He, however, sent the reporter a a news report on the court judgement “declaring Rivers state government” owners of the land. Although TheCable was not able to obtain the original copies of the judgement from the state high court where the matter was heard, there were doubts over the authenticity of the report.
The report only appeared on a few blogs. Further checks by TheCable showed the website was linked to the governor’s aide as shown on his Twitter profile. He declined comments when this was pointed out to him.
‘WHAT IS THE WAY FORWARD?’

With the controversy still raging, the government appears resolute not to allow any structure on the plot while the Muslim community in Rivers is finding a means to reclaim the land.

Sadiq told TheCable that churches and other properties bought from Amadi within the area where the foundation of the mosque was demolished are still there. Wondering if there was a deliberate attempt to disrupt activities of the Muslim community, he said the group is not considering returning to court yet.

“We are peace-loving people, we are trying to use diplomacy to reach out to the government to rescind its decision. court is a legal battle. If you can use diplomacy and peaceful means to resolve issues, it is better. For now we won’t go to court,” he said.
***
Source: TheCable
Top Stories