In what will come across as a really shocking development, a pastor has been badly beaten up in Cross River state. 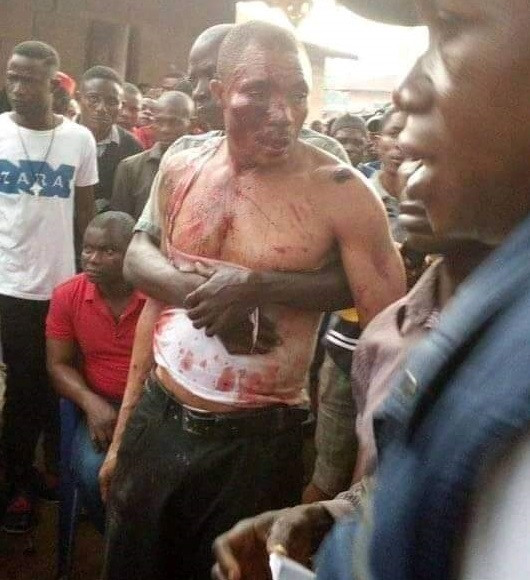 The pastor was beaten
The residents of Ukelle in Yala Local Government Area of Cross River State, have unleashed their anger on a pastor in their community after accusing him of using people for rituals.
According to James Nicolas, a witness who shared the story on Facebook, the pastor used three boys for rituals last week.
In anger, youths of the community stormed his church which they set ablaze along with his house before beating and parading him .
"Yeah this is the fake prophet who has been using our people for rituals.

"Remember earlier this year, we reported a case where about 5 people got missing on their way to North ukelle from Edor, and last week again this same demon has sacrificed 3 boys again from Wanihem.

"From the pictures above, angry youths have set his house and church on fire". 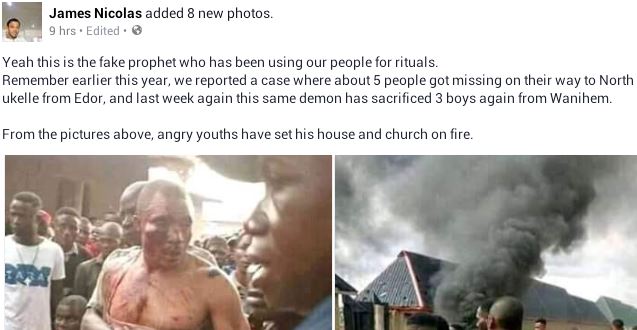 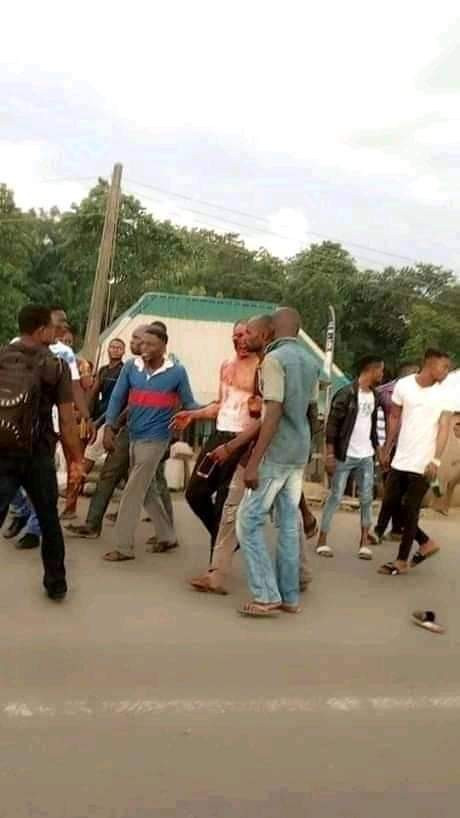 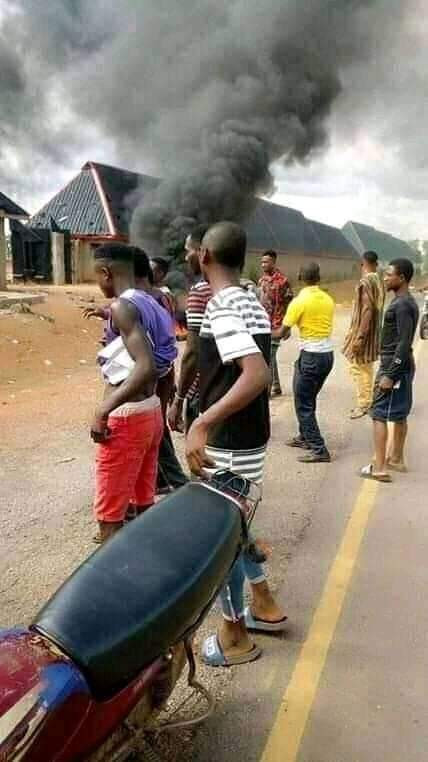 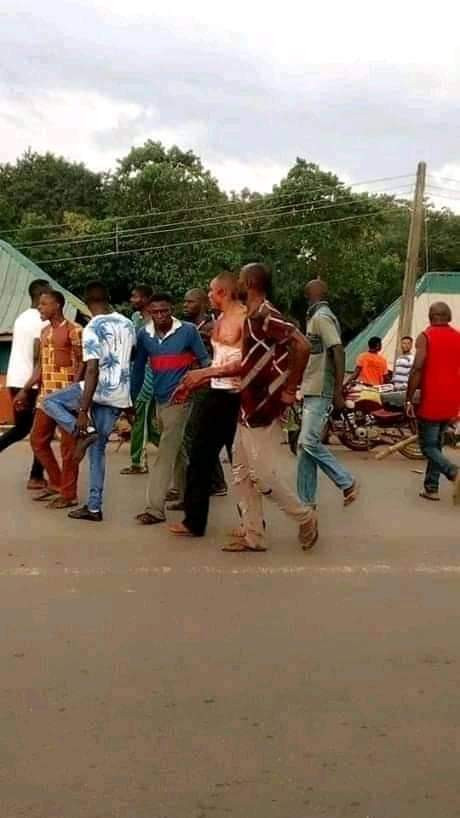 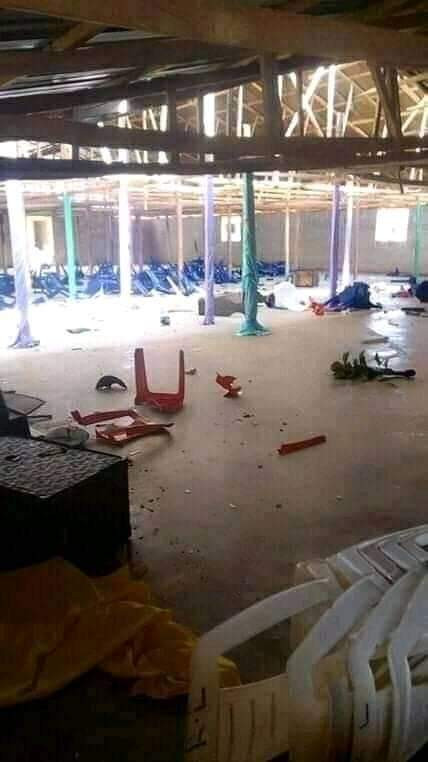 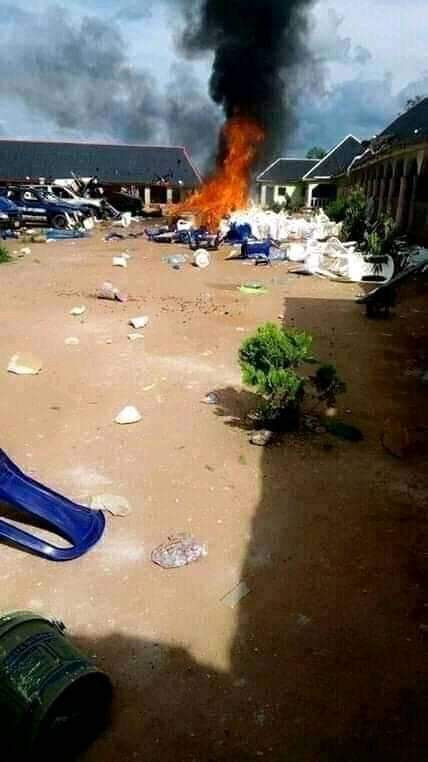