Sanwo-Olu added that over 20 million units of waste bags had been produced for distribution so that residents could bag and sort their waste appropriately. 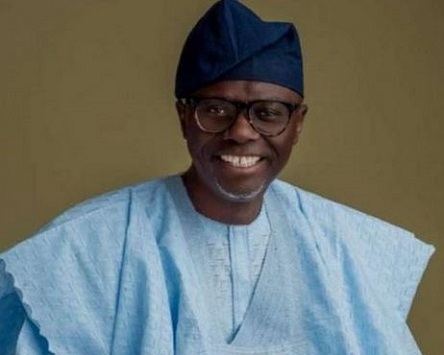 Babajide Sanwo-Olu
Governor Babajide Sanwo-Olu on Friday said about 10,000 to 15,000 primary and secondary schools teachers would be employed by the state government to ensure adequate and efficient learning and teaching in schools.

Sanwo-Olu said this had become important to ensure that Lagos pupils had the best of education and provide the state with the right human resources in the future.

The Governor revealed this, while giving account of his 100 days in office.

Sanwo-Olu detailed projects and programmes executed since he was sworn-in as governor, maintaining that he was committed and unshaken about the promises he made during the electioneering process.

He said said among other things, 50 locations in Lagos now enjoyed free-wifi while the partnership that gave birth to LAKE Rice would continue.

Sanwo-Olu added that over 20 million units of waste bags had been produced for distribution so that residents could bag and sort their waste appropriately.

He promised that 40 million units of waste bags would be produced in the coming weeks, adding that his administration was not about excuses but finding solutions to problems and challenges confronting residents and the state.

The governor assured that the Oshodi-Abule-Egba BRT lane would be completed before the end of the year while the school feeding programme meant for primary school pupils would kick off soon.

On erratic power supply, Sanwo-Olu said about 20,000 pre-paid meters would be procured while discussions were on with DISCOS and a power firm on how to increase power supply through embedded power.

Sanwo-Olu said that his government would be leveraging on private sector partnership and funding to execute programme and projects, stating that partnership with the private sector was critical as it controlled about 80 per cent of Lagos Gross Domestic Product (GDP).

The governor further said to increase fund to execute programmes and projects, the state hoped to bring in about 2 million non-tax paying residents into the tax net, saying that to increase the state’ Internally Generated Revenue (IGR), there would be no increase in tax rate paid by residents and businesses.
Top Stories