He also disclosed that some female primary school teachers who by marriage had resigned and left the state were still being paid monthly from the state. 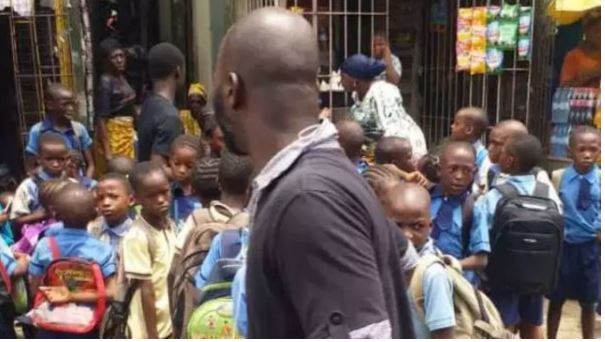 File Photo
The Chairman of Benue State Universal Basic Education Board, Matthew Mnyam, has said no fewer than 256 dead public primary school teachers and other undisclosed numbers of retired teachers were on the payroll of the state.
Mnyam made this disclosure on Friday in Makurdi, the state capital, while briefing journalists on the activities of his board.
The SUBEB boss, who said he was mandated by the state Governor, Samuel Ortom, to sanitise the board, revealed that on assumption of office he carried out verification exercise where he discovered the rot.
He also disclosed that some female primary school teachers who by marriage had resigned and left the state were still being paid monthly from the state.
Mnyam further said four directors of the board that were due for retirement were sent on three months’ pre-retirement vacation to pave the way for their subordinates.
He said one of the board staff in charge of payroll, who was caught inserting certain names on the payroll, was suspended while another staff was transferred for being unable to give an account of the assignment given to him.
He explained that all these achievements were done to revamp the public primary schools and bring back their lost glory to enable every parent and caregiver whose children were no longer attending schools to send them back to school.
“The purpose of bringing me to the board was to sanitise the system and not to probe. Notwithstanding, if any fraud is found I will not hesitate to expose it. For instance, I am aware of some teachers who do not go to work but engage in their private businesses and still draw their salaries.
“Also, we have discovered that 256 dead teachers were still on the payroll of the board drawing salaries. The board under my watch will soon clamp down on Local Government Education Secretaries who are performing below expectations and any headteacher who is caught collecting money from parents before enrolling their children will be shown his or her way out because public primary schools are meant to be free.
“Parts of the governor’s plan to revamp public primary school, according to him, include; operation chase the cheat which implies that public primary school teachers must ensure that their children also attend public schools,” he added.
Meanwhile, Governor Ortom on Friday apologised to the protesting pensioners, saying “it is sad this is happening during my administration.”
Ortom, who met with the pensioners at the gate of the Government House, appealed to them to forgive him.
The pensioners had since Wednesday continued to protest the non-payment of their gratuities and allowances spanning 25 months.
Despite series of appeals by government officials to stop the protesters and make them return to their homes, the pensioners spent two nights at the gate.
While addressing the pensioners, Ortom explained that he was a child of circumstance as he inherited N17bn on assumption of office.
Top Stories