A married woman and her husband regarded as swingers are busy hunting for virile men to join them in bed.

A young funseeker based in Lagos State has recounted how he met with a married woman in her forties who offered him s*x with some conditions attached.
She wanted him to sleep with her in the presence of her husband and get paid for it. He ended up sharing the deal with his friend who immediately joined the couple.
The story was published by a relationship blogger, Joro Olumofin and could be read below: 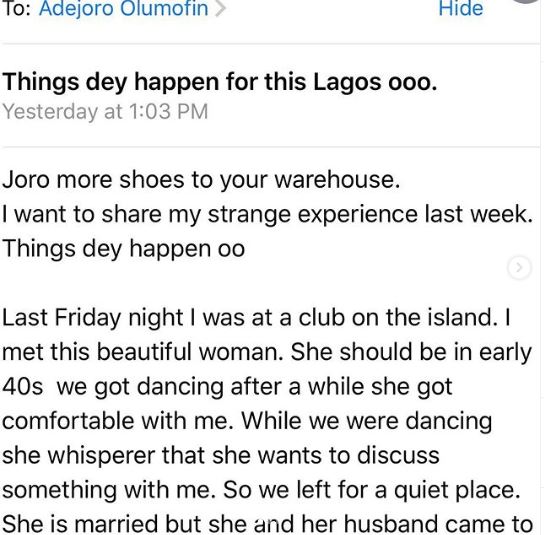 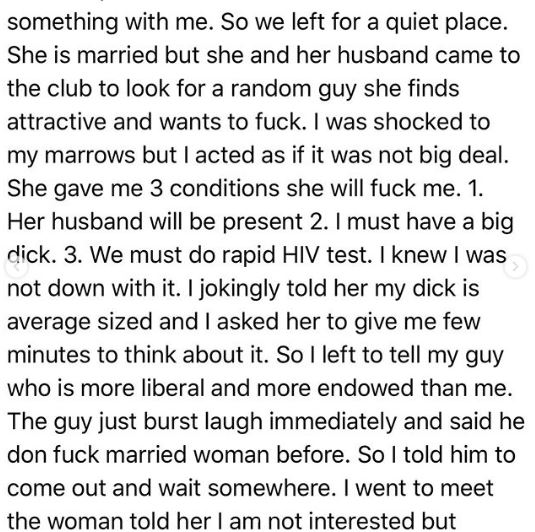 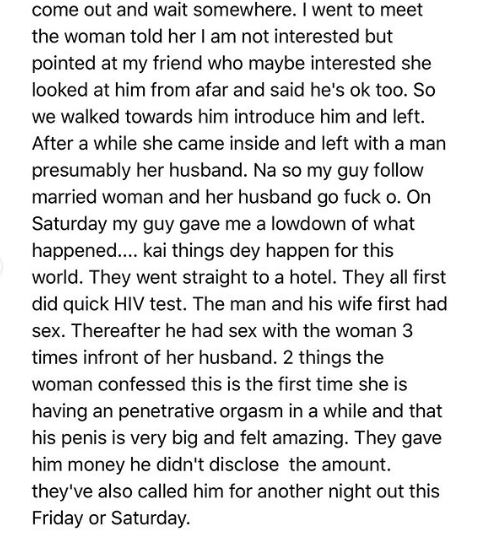