A massive python snake in an unclear area in Nigeria swallowed a domestic animal thereby demobilizing itself. 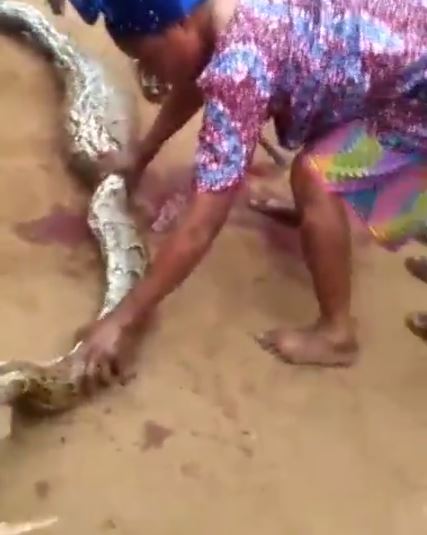 The snake in question
The python which became slow and weak after swallowing a sizable animal was moving around for cover when the locals in the community sighted it.
They immediately raised an alarm, congregated and tried to retrieve the animal from the python's belly. The process was undertaken while the python which was initially attacked was still alive.
As seen in the video, some men stayed away from the snake with fear while an elderly woman held it down while the surgical operation was performed.
The video has gone viral with many appreciating the level of bravery shown by the woman in question. Many killed snakes in Nigeria always end up in pots of soup. 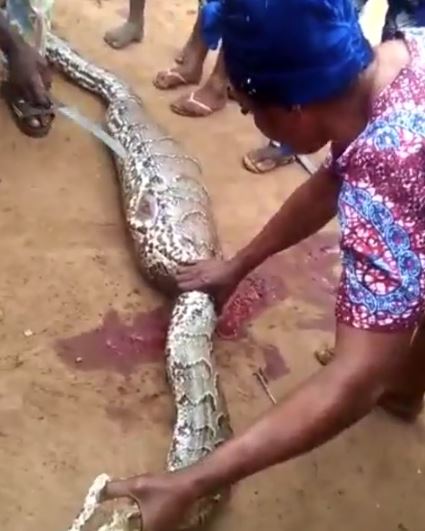 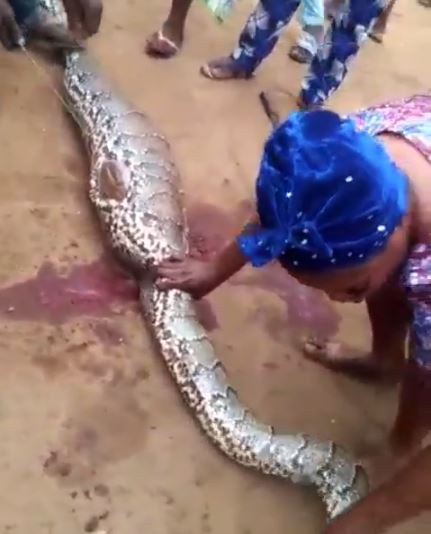 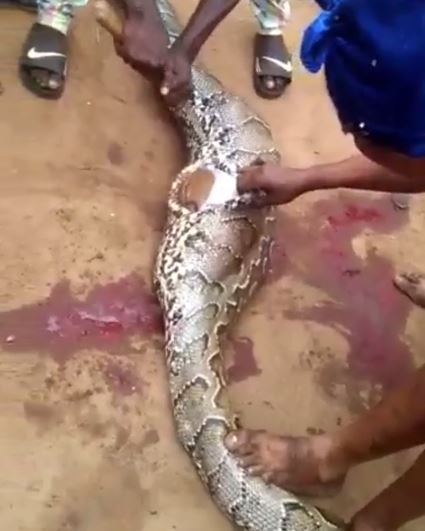 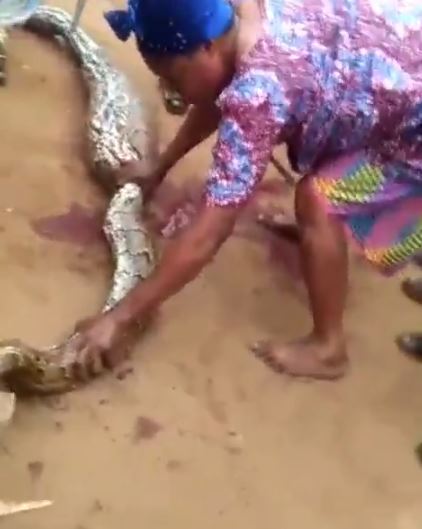