The Governorship Election Tribunal sitting in Kaduna has upheld the victory of Governor Nasir El-Rufai of the APC as the valid winner of the March 9, 2019. 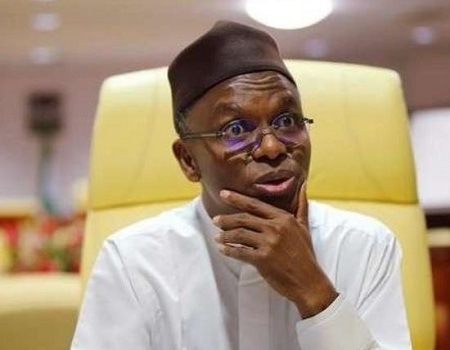 The Chairman of the three-man panel Justice Ibrahim Bako in his ruling dismissed the petitioner’s suit challenging the election of governor El-Rufai for lacking in merit.

The Tribunal had concluded it’s sitting on August 19 and had fixed Monday, September 9, to pass its verdict on the petition filed by the Peoples Democratic Party.

The PDP and its governorship candidate in the March 9 poll, Alhaji Isah Ashiru, had petitioned the Tribunal asking it to nullify El-Rufai’s election.

The petitioners in their final written address asked the Tribunal to cancel a total of 515, 951 votes which it contended were unlawfully added to the total votes cast during the March 9 poll.

The petitioners had called 135 witnesses out of the 685 they assembled to prove the alleged massive rigging, ballot stuffing, and other irregularities during the poll as contained in their petition.

The petitioners had accused the Independent National Electoral Commission of adding 391,741 votes to El-Rufai of APC and 124, 210 unlawful votes to the PDP, through wrong or double entry on the result sheets.

But in a unanimous judgement which lasted several hours, the Tribunal ruled in favour of El-Rufai, declaring that the petitioners failed to prove beyond a reasonable doubt that there was a massive irregularity in that election as alleged before the Tribunal.

Justice Bako also said that the petitioner, who is the candidate of the Peoples Democratic Party, Isah Ashiru did not provide any factual proof that the Independent National Electoral Commission was wrong in returning Governor El-Rufai of the All Progressives Congress as duly elected.

The Chairman, therefore, dismissed the petitioner’s suit challenging the election of the governor for lacking in merit.

The INEC had declared governor El-Rufai as the winner of the March 9, 2019 governorship elections with 1,045,427 votes to defeat his closest rival, the candidate of the Peoples Democratic Party, Isa Ashiru, who scored 814,168.
Top Stories