Shocking! Man Commits Suicide In Imo Just 3 Days After Welcoming A Baby With His Wife


In what will come across as a really shocking development, a man has committed suicide days after welcoming a baby. 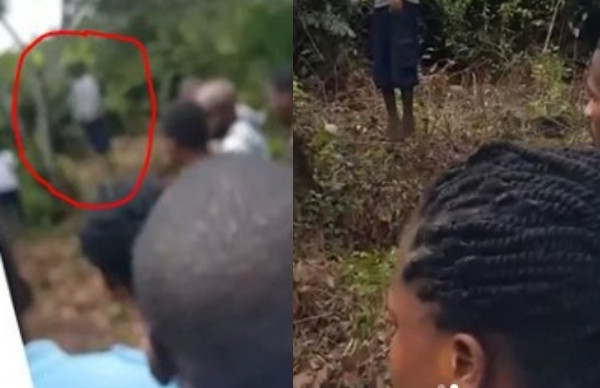 The suicide scene
A really heartbreaking incident has occurred in Umuoba Uratta community of Imo state, leaving residents in shock.
Local reports claim that residents were left dumbfounded after a man committed suicide barely three days after welcoming a baby with his wife.

The deceased said to be a labourer, hanged himself overnight on a tree and his body was only discovered on September 9.

It was gathered that the man committed suicide over his inability to pay his wife's N90k medical bill after she was delivered of their child on Friday.
Top Stories