Horror! Bus Carrying Many People Plunges Into A River In Anambra


A bus which was carrying many people has plunged into a river along the road in Anambra state. 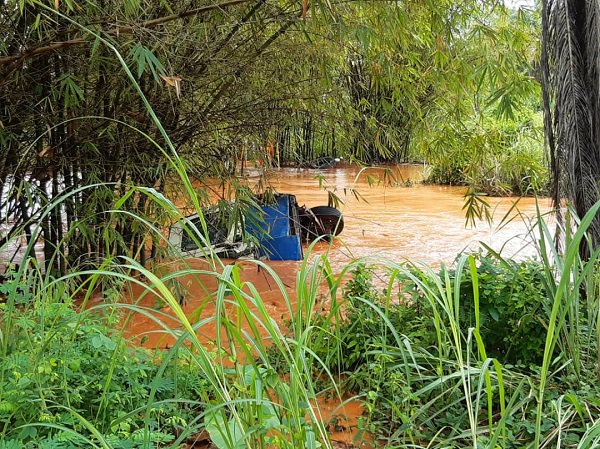 Photo credit: The Nation
According to a report by The Nation, nine persons sustained varying degrees of injury in a motor accident along Ideani /Nnobi road in Idemili South LGA of Anambra State.

The Nation gathered that the J5 bus plunged into river Nnobi along with its occupants as a result of the accident.

Similarly, one person lost his life while four sustained injuries in a ghastly accident at Boromeo roundabout, Onitsha.

Confirming the incident, the Police spokesperson, Haruna Mohammed said no life lost in the first incident.

He, however, said the victims were responding to treatment, adding that the critically injured was admitted at the intensive care unit of the Fatima hospital.

He said, “Police patrol team led by DPO Nnobi Division visited the scene, rescued the victims and rushed them to moon and Fatima hospitals Nnobi with the assistance of locals.

“The driver of the Mercedes Benz lorry one James Eze ‘m’ aged 30years of No 6 ,Eze lane Okpoko who was alleged to be the main cause of the accident was arrested.”

Mohammed revealed that the deceased in the second accident, whose identity was yet to be ascertained, was certified dead by the medical doctor while four others are responding to treatment.

He said the corpse had been deposited at the hospital mortuary for postmortem examination.

The PPRO said the Commissioner of Police, John Abang had since visited both accident scenes, adding that investigatiin to ascertain circumstances surrounding the incident had commenced.
Top Stories