A locally-made pistol with one expended and two unexpended cartridges were recovered from the suspect. 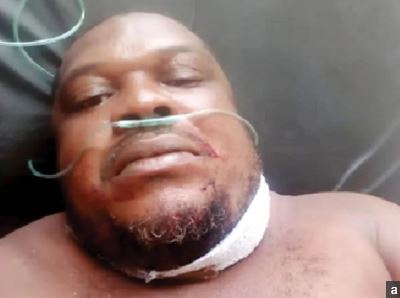 Ladodo said a locally-made pistol with one expended and two unexpended cartridges were recovered from the suspect, who was said to be operating in West African countries.

“During the arrest, the suspect, who engaged the SARS personnel in a gun duel, sustained gunshot injuries in both legs. Another suspect, Arison Ogbonna Nneji, and others escaped into the market.

“A locally-made pistol with one expended and two unexpended cartridges were recovered. On August 14 in Agaptu, one Chigozie of Umudum Okwabala in the Orlu Local Government Area of Imo State was robbed by four armed men, who trailed him to a bank and attacked him after he withdrew N1.6m and $1,800.

“During the operation, the victim was shot in his upper neck and jaw. As fate would have it, one of the gang’s locally-made pistols and one identity card were recovered.

“The suspect has confessed to the crime and that he had received N10,000 for now. He said the N1.6m was with one of the gang members. According to him, they operate in West African countries, including Nigeria.”
Top Stories