A son who wanted to play a fast one on his father has had his dreams cut short by security operatives. 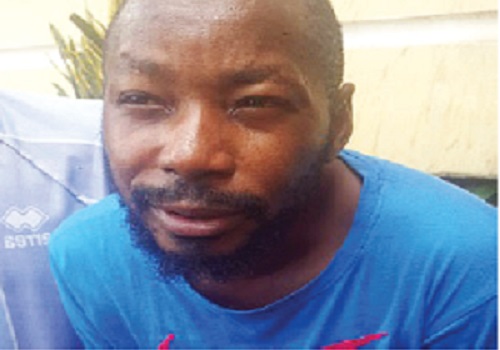 “The suspect who wanted to use the medium to extort money from his parent was arrested at Katampe extension where he had gone to receive the ransom.”
Babaji said effort is being intensified to arrest one of his cohort who is currently at large.
Speaking to The Nation on how he arranged his kidnap, Abdullahi who is an auto engineer said: “I was caught faking my kidnap to get ransom from my dad. I arranged my kidnap because I was desperately in need of money.
“I spoke with a friend of mine whom I begged to call my dad and inform him that I have been kidnapped but I was hiding at his place. My friend acted like the kidnapper and demanded N500,000 as ransom. He called my dad and asked for the ransom. He also threatened my dad that he would hurt me if the ransom was not dropped in due time.
While the negotiation was going on, we were hiding at Katampe. On the day my dad came to pay the ransom, I was recognized by some of the officers who came with my dad to drop the ransom. I think my dad had shown them my picture and one of the policemen identified me as the person kidnapped.”
On why he decided to defraud his dad, he said: “I just needed the money to cover up for some things like rent and other basic needs.”
Top Stories