#BBNaija: Mercy Makes Shocking Revelation How Footballer, Emmanuel Emenike Got Married While They Were Dating (Video)


It has been revealed that Emmanuel Emenike was double dating before he married his wife, Iheoma Nnadi. 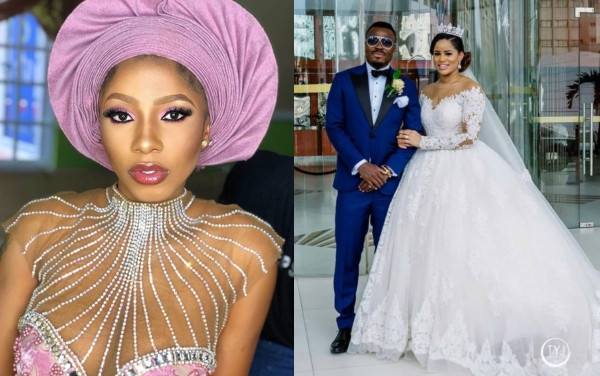 Mercy made the revelation while talking with Elozonam
BBnaija housemate, Mercy has shocked viewers after revealing how Nigerian footballer, Emmanuel Emenike got married while they were dating.
She made the revelation during her discussion with her colleague, Elozonam.
The reality show star revealed that she was dating former Super Eagles player, Emmanuel Emenike before he got married to ex-beauty Queen Iheoma Nnadi.
According to her, the footballer was in love with her while they were dating but she felt he had cold feet in getting serious in their relationship because she was a "nobody" at that time which was understandable.
Mercy said that she took the decision of becoming a celebrity at all cost after getting to know about Emenike's marriage on social media and also finding out that he blocked her on all social media platforms after she tried contacting him.
Though she didn't know how to achieve her aim of becoming a celebrity before BBNaija, Mercy however added that her plan is to pop up whenever he reaches for his phone.
Emmanuel Emenike and Iheoma Nnadi got married in a star studded wedding on 25 May, 2018, barely a year after they welcomed their daughter.
Watch video below:

Mercy says she had dated Emenike the footballer but he dumped her, that she has been through hurt. She only wants someone with money and she wants fame. Girl is going for that 60M#BBNaija #bbnaija pic.twitter.com/8J9TCI4Baq