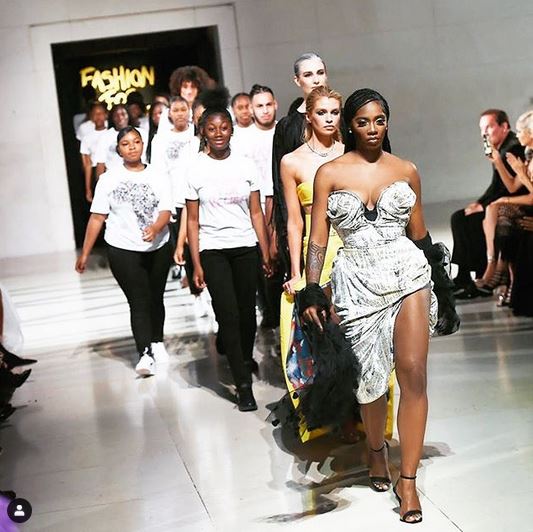 Fashion for Relief is a charitable organization founded in 2005 that has raised funds for various environmental and humanitarian causes. It holds events in association with the London-based non-profit organization CARE

News Agency of Nigeria reports that the ’49-29’ singer showcased her modelling prowess at the British Museum where the event held on Saturday.

An excited Tiwa shared the news on her Instagram page @tiwasavage hailing Naomi for the chance to walk for a good cause. She said, “Thank you, Queen.”
Speaking with British Vogue about her experience, Tiwa noted that modelling was harder than it looked and she would only walk the runway for Naomi. 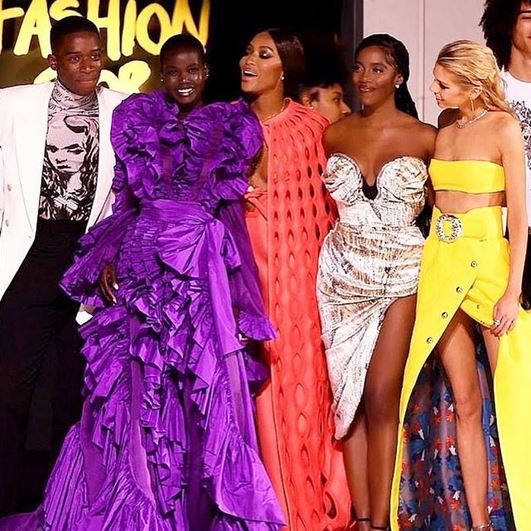 She said, “If she asks me, yes. Naomi is the only person I would do it for.”

“You prepare for so many hours and then in a few seconds, it’s done. It is definitely a different experience from singing.

“It was very quick, and it’s not as easy as it looks… I just found out.” On the experience working with Naomi, Tiwa said, “I still look up to her.

“I catch myself just staring at her and wondering how her skin glows like that. Naomi is a perfectionist, she knows what she wants and she gets it done.

“I admire that about her, she just works so, so hard… and she is so down to earth.”

NAN reports that Tiwa had also been part of Maki Oh’s show during the New York Fashion Week. The brand is owned by Nigerian designer, Amaka Osakwe.