I Was Blackmailed To Join APC, Buhari Has Nothing To Offer Nigeria - Mailafia


Mailafia spoke with reporters during a meeting of stakeholders at the national secretariat of ADC in Abuja. 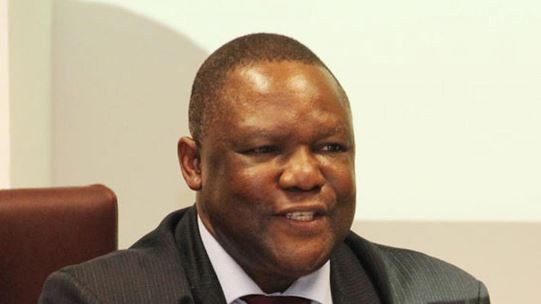 Obadiah Mailafia
The presidential candidate of African Democratic Congress, ADC, in the 2019 general election and former Deputy Governor of the Central Bank of Nigeria, Dr Obadiah Mailafia, on Tuesday said he was told to join the ruling All Progressives Congress, APC, so that he could be forgiven of an offence he did not commit.
He pointed out that members of the ruling party had a wrong impression that he was negotiating to join the party after the elections.
He also faulted the judgment by a United Kingdom Court in favour of Process and Industrial Development Ltd to take over the assets of Nigeria estimated at $9.6bn, describing it as “a judicial scam of the highest order and judicial tsunami.
Mailafia spoke with reporters during a meeting of stakeholders at the national secretariat of ADC in Abuja.
He said, “Just before the elections, there were pressures on me and I was even interrogated by security agencies over something that happened in the CBN about 10 years ago which was not even in my department.
“They blackmailed me that if I join APC, I would be forgiven. I told them, why can’t they join me?
“I even asked them why can’t President Muhammadu Buhari come and join my party, ACD?
“What does he have that I don’t have more than him? Is it their analogue generation that will save Nigeria?
“Somebody that has never even used a computer. What have they to offer Nigeria again?”
On the P&ID court verdict, Mailafia warned that if care was not taken, it would put Nigeria in a big mess.
He said, “The P&ID is a judicial scam of the highest order and it has been orchestrated by international forces that want to destroy our country.
“They did it in conspiracy with some high-powered Nigerians and it is very shameful.”
Top Stories