Prosecutors contend that the brutal murder that shocked the Chicago community had been part of an ongoing feud between two rival gangs. 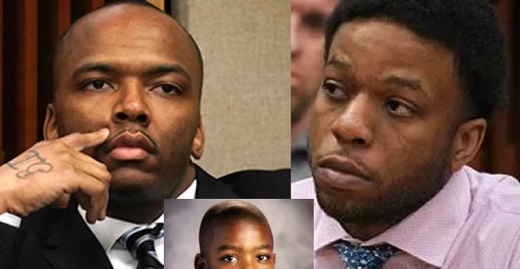 Two cult members of a Chicago-based crime gang killed nine-year-old son of a rival gang member, in revenge for the murder of a brother of one of them.

As reported by various American media, the nine-year-old victim, Tyshawn Lee, was still wearing his school uniform when he was shot in the head in a “murderous rage” by rival gang members of his father.

Implicated in the killing are Dwright Boone-Doty and Corey Morgan, alleged members of the Bang Gang/Terror Dome faction of the Black P Stones.

Their getaway driver, Kevin Edwards, pled guilty earlier this month to first-degree murder in exchange for a 25-year-sentence.

Prosecutors contend that the brutal murder that shocked the Chicago community had been part of an ongoing feud between two rival gangs.

Just one month before Lee’s 2015 killing, Morgan’s brother was killed and his mother was wounded in another shooting they believed was carried out by rival Gangster Disciples Killa Ward faction, which Lee’s father, Pierre Stokes, had allegedly been a part of, according to CNN.

“He wasn’t just mad. He was in a murderous rage, saying he was going to kill grandmas, mammas, kids and whoever he could catch,” prosecutor, Margaret Hillmann, said.

Lee arrived home from school that day and headed to the park across from his home, telling his grandmother that he’d be back soon.

Prosecutors say after spotting Lee at the park, Doty approached the boy and began to play basketball with him, then lured him away from the park with the promise of a juice box.

After getting him into an alley, prosecutors said Doty shot the young boy repeatedly.

“Dwright Doty took out a .40-caliber handgun and he executed Tyshawn in broad daylight,” Hillman said.

Lee was shot twice in the head and suffered a defensive injury to part of his right thumb, which had been blown off during the gunfire.

His uncle, Brian Lee, had been washing a car in front of the family’s home when he heard the gunshots and then heard the commotion in a nearby alley.

Herman Otero, a plainclothes Police officer, who was the first member of law enforcement to arrive at the scene, called the heinous murder “one of the most disturbing images” he had ever seen.

Prosecutors are now trying both men at the same time, and the trial is expected to last several weeks.
Top Stories