Medical Supplies Destroyed As Fire Razes WHO Store In Osogbo


The World Health Organisation (WHO) vaccination storage facility at the Ayegbaju Market in Osogbo, was on Saturday razed by fire. 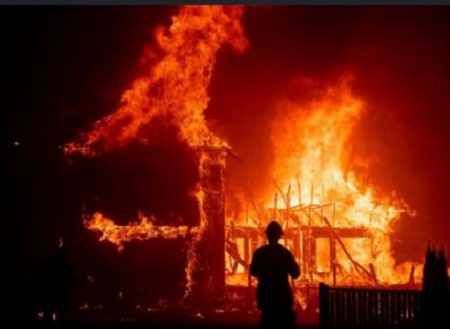 Medical supplies and four generating sets were some of the items destroyed on Saturday as a store belonging to the World Health Organisation located inside Ayegbaju Market in Osogbo, Osun State was razed.

An eyewitness, who pleaded anonymity said about 8,000 safety boxes and a motorcycle were also lost to the inferno.

The fire incident, which started around 12pm, was said to have been caused by an electric spark from a generating set, which was on at the time of the incident.

A security man keeping watch on the store, it was learnt, observed smoke from the store and alerted other workers in the premises to the fire.

A staff member, who asked not to be named, however, said, “Firefighters were immediately contacted and they responded quickly to the distress call. It took them about three hours to put off the fire. No shop was affected and no life was lost.

“But, all medical supplies in the store as well as generating set being used to power the facility and two motorcycles were completely razed.”

The proprietor of a private school located near the store, Liade Mustapha, in a chat told Sunday PUNCH that some items kept in the school got damaged in the process of putting out the fire.

Explaining how the fire started, the Administrative Officer, Osun State Fire Service, Fatai Aremu, said from all indications, the inferno must have been caused by a spark from a generator being used to power the store. He, however, noted that firefighters responded quickly when alerted to the incident.
“The cost of the lost items is not available yet,” he added.
Top Stories