This beautiful woman did the unthinkable on Twitter as she kicks off her romance with a man she met on the platform. 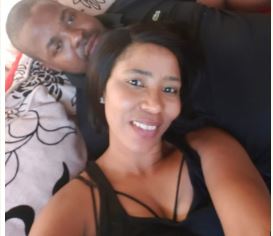 The South African couple
To avoid unforeseen relationship troubles, a South African lady shared this photo of herself and the man above, who she says sent her a direct message on Twitter and was visiting her in her home yesterday Saturday, September 21st.
According to @nubian6, she needs to know if he is taken before having s*x with him.
The picture went viral online and became a huge joke. It's unclear if the young man was linked with being flirty in another relationship aside her.
"He DM'd me and we hit it off. He's here at my house visiting. Ladies does anyone know him, is he in any of y'all dm's? Cos im planning to work his middle area tonight... Pls RT for awareness,'' she wrote.
Meanwhile, the duo seem to be in love with each other. 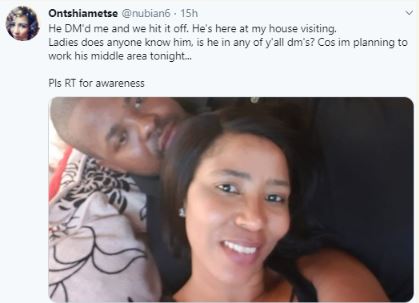