Man Sentenced To Death For Kidnap And Murder Of APC Chieftain


The judge, Justice Ademola Bola, while delivering his judgement, sentenced the suspect to death by hanging. 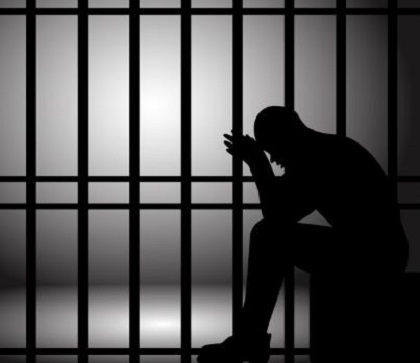 A 25-year-old man, David Seimiyengha, has been sentenced to death by an Ondo State High Court sitting in Akure for kidnapping and murder.

The convict and two other accomplices, Fikesei Inuesokan and Bekewei Francis, were arrested by the men of the Ondo State Police Command in 2017 for killing one Olumide Odimayo at Igbotu in the Ese Odo Local Government Area of the state.

Until his murder, Odimayo was a chieftain of the All Progressives Congress in the local government.

The defendants were said to have kidnapped and murdered the deceased, which informed their arrest by the police.

They were arraigned before the court on four counts of conspiracy to commit felony, kidnapping, unlawful possession of firearms and murder.

After a series of arguments from both the prosecuting and defence counsel, the court admitted that it had been proved beyond reasonable doubt that Seimiyengha committed the offences.

The judge, Justice Ademola Bola, while delivering his judgement, sentenced him to death by hanging.

The court, however, held that there was no enough evidence to show that the second and third defendants, Inuesokan and Francis, committed the offences.

It therefore discharged and acquitted them.
Top Stories