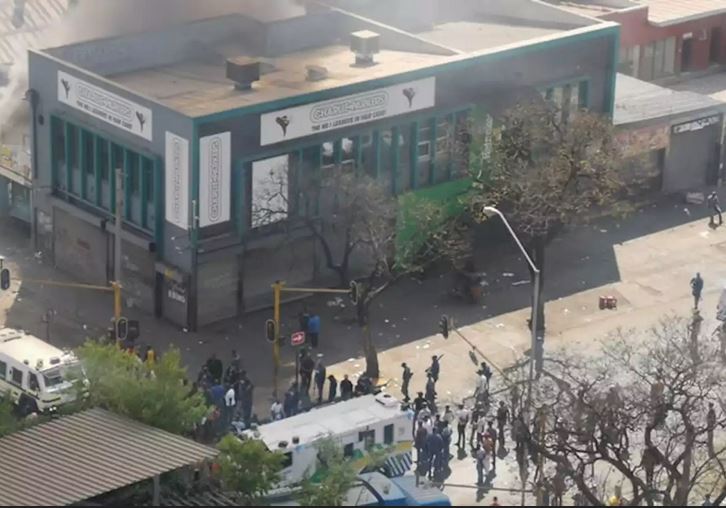 NUSA on Monday in a statement by its President, Mr. Adetola Olubajo, obtained by the News Agency of Nigeria in Lagos, said Nigerians should avoid Pretoria CBD, especially Bloed Street and Sunnyside area as much as possible on Monday (today).

“This is because there is serious tension around these areas as a result of suspected drug peddlers that were apprehended and beaten by members of taxi drivers in Bloed Street, Pretoria CBD, this morning.

“This has led to the closure of some businesses owned by foreign nationals on Bloed Street.

“A witness reported that drugs were found on a suspected foreigner during a stop-and-search routine by a group of taxi drivers in Bloed Street.

“The man who was suspected to be a foreign national was beaten to the point of death by this group of taxi drivers.

“The suspect later led a mob to another person who he claimed was his boss,’’ Olubajo said.

He said the South Africa Police were able to rescue the two suspects, though their condition could not be ascertained.

“We learnt that the so-called boss barricaded himself in a Bloed Street flat, but the taxi drivers eventually forced the flat open and dragged him out.

“They have also burnt the building.

“These had brought about serious tension among foreigners in Pretoria CBD and Sunnyside, most especially Nigerians, as many South Africans believe that any African who cannot speak any of the 11 official languages in South Africa is a Nigerian.

“It’s imperative for Nigerians in these areas to be vigilant and if possible, avoid these areas in order not to be victims of misplaced anger.

“We also appeal to our citizens and, indeed, all residents in South Africa to respect the laws of the country,’’ Olubajo added.
Top Stories