What Messi Said After Winning FIFA Best Player Of The Year Ahead Of Ronaldo, Van Dijk 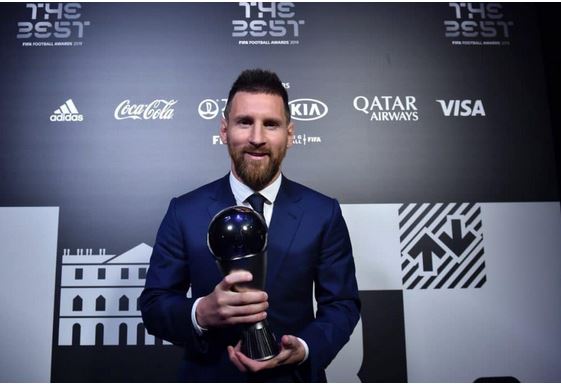 Messi won the prize on Monday at the Teatro alla Scala in Milan, Italy ahead of Van Dijk and Ronaldo.

Messi took the top honour with 46 per cent of scoring points, with Van Dijk receiving 38 per cent and Ronaldo 36 per cent.

Speaking after receiving the award, the 32-year-old told reporters: “It has been a long time without winning an individual prize.

“It is an award that I have for the first time and it is good to have it.”

When asked to comment on Barcelona’s poor start this season, Messi added: “We’ve started badly and are struggling to create play and chances.

“It’s just a start, but we have to respond now. There’s no more time and we have to improve a lot, we’re aware of this. It’s a team thing. I have no doubt that we’ll improve.”

Barcelona began their campaign with a 1-0 loss at Athletic Bilbao.

The La Liga champions, however, won against Real Betis and Valencia but played a 2-2 draw with Osasuna and lost 2-0 away to Granada.
Top Stories