A man has reportedly left many people in shock after allegedly killing himself because of his wife's infidelity. 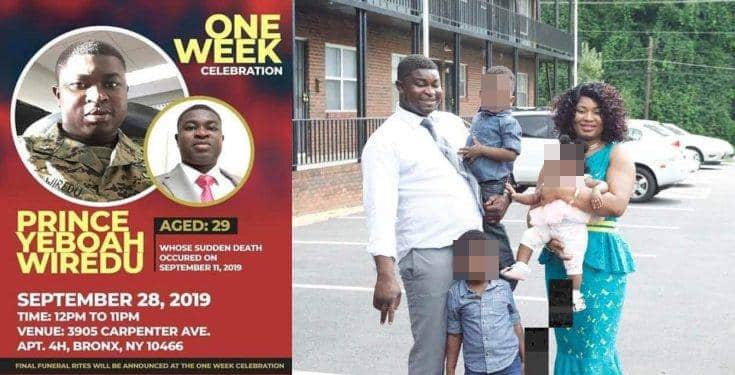 Prince Yeboah Wiredu and family
A 29-year-old Ghanaian soldier working with the US army has reportedly committed suicide after he caught his wife in bed with another man.
According to reports, the deceased identified as Prince Yeboah Wiredu who couldn’t take the heartbreak of finding his wife in bed with another man allegedly committed suicide on the 11th of September.
This reportedly occurred less than 2 years after he brought his wife and children to the United States.
Facebook user, Irene Selina Owusu who shared the story and photos wrote: “He brought his wife to the states less than two years from now. He returned from work and caught his wife fucking another man: and he killed himself. Hmmm so sad”
See post below: 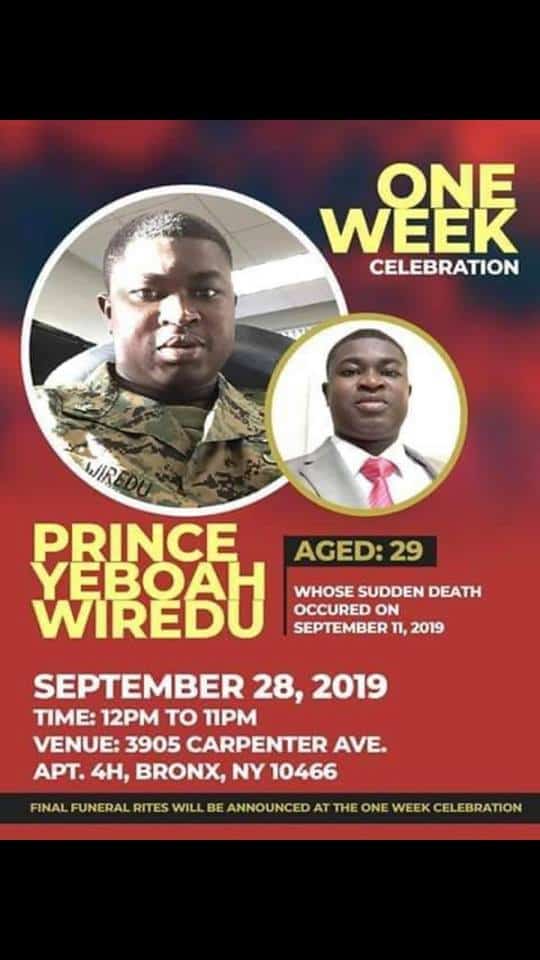 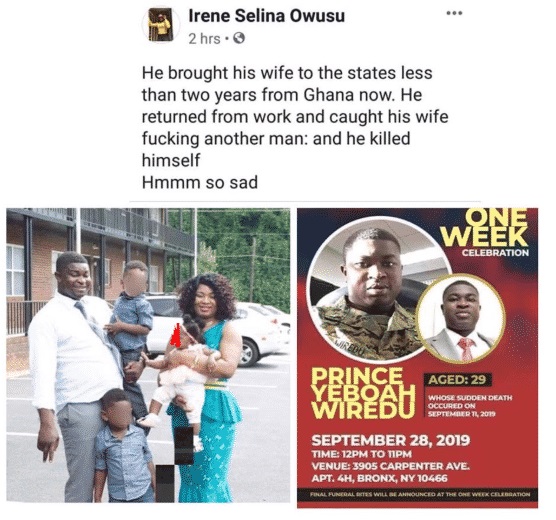