Messi Reveals Club He Wants To Leave Barcelona To


Messi's entire professional career has been spent at Camp Nou and they have been rumours that he might soon leave. 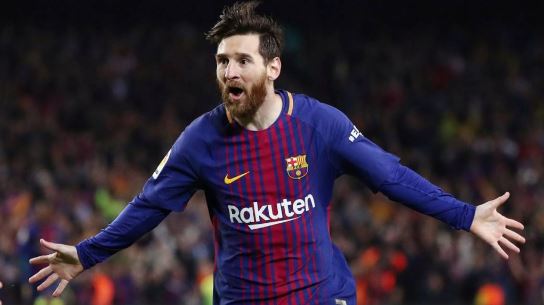 Lionel Messi
Barcelona captain, Lionel Messi, has reiterated his desire to play for Newell’s Old Boys, when he leaves the Catalan club.
Messi, who is Rosario native, has gone on to become a global superstar in Spain, but has never made any secret of his ambition to return home.
He started out on the books at Newell’s, before his potential was spotted by Barca and he was invited to join the famed La Masia academy system.
Messi’s entire professional career has been spent at Camp Nou.
Although he has a deal with Barca until 2021, the 32-year-old has a clause in his current contract, that allows him to walk away at the end of any season.
Quizzed by FIFA on whether it remains the plan to return to Newell’s, Messi said: “Yes. That’s what I’ve always said, haven’t I?
“It’s a childhood dream of mine to play in the Newell’s shirt, though I don’t know if I can make it happen. It’s not just down to me, though. I’ve got three children.”
Top Stories