A very sad fate has befallen a family in Borno after losing two siblings who died 24 hours apart. 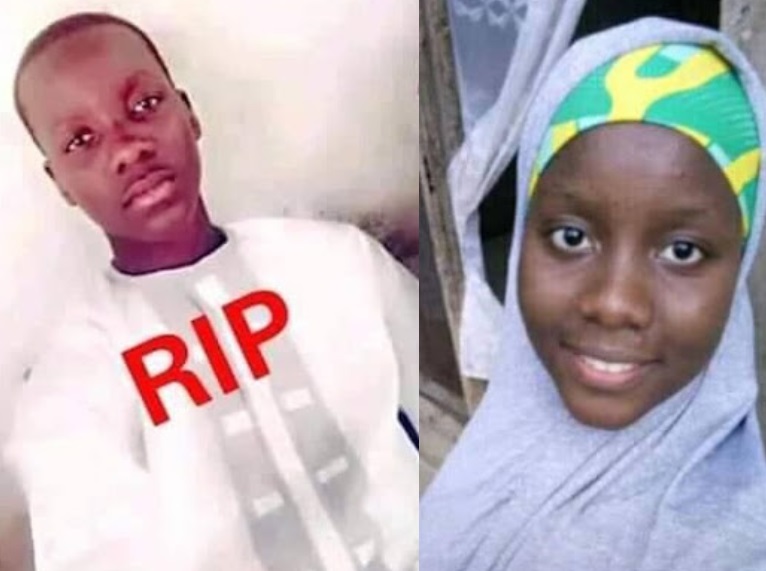 The two siblings
Two siblings have died 24 hours apart in Borno state leaving many people in serious shock.
It was gathered that Aisha died on Sunday morning after a brief illness and was buried in the evening. In a shocking development, Usman died on Monday morning, September 23. He has been buried also.
Their elder brother, Haruna Modu Maina Asaga took to Facebook to mourn the death of his sibling. He revealed that he has buried four members of his family in five years including her father and three siblings.
"Life is worthless place to live in but Allah who create us loves them more than us, just within 5 years I lost a Father and three biological siblings (Aisha Modu Maina, Ali Maina and Zara Modu Maina).
I can't believe you're gone my dear sister, Aisha your're such a social person, we use to cheese others, behaves like friends while we're brother and sister, not more than a week I was at home cheesing each other calling ourselves Nurse and Scientists but finally without believing I received a message from my brother that you're gone forever which leads me to prevent my eyes from seeing your corpse and what hurts more is hearing from friends and relatives that you chat with them just a day before your departure which shocked me to the extend.
May Almighty Allah with his infinite mercy grant all deceased Muslims to his highest rank of paradise and when our own arrives may the Qalimatush-Shahadah be our last word in here duniya," he wrote
Family and friends have since taken to Facebook to mourn them.
See their posts below: 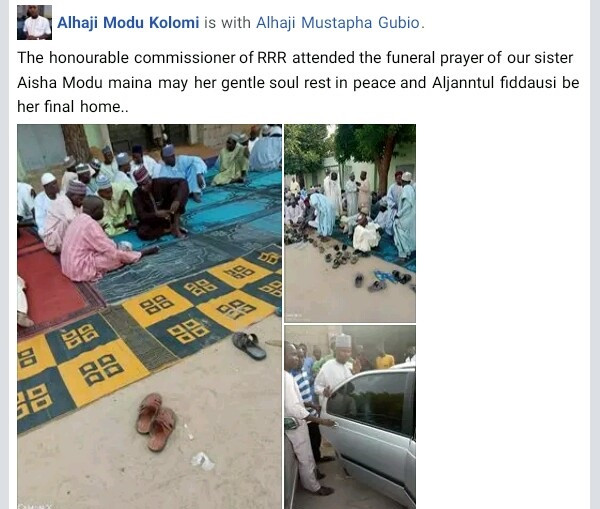 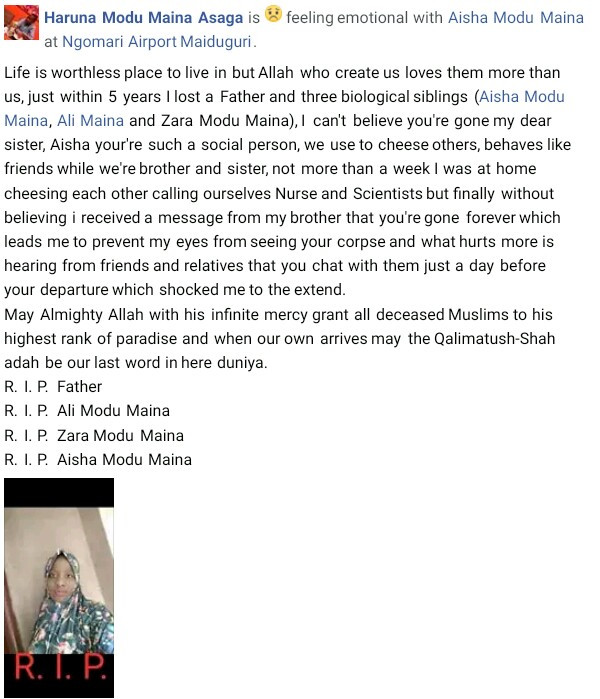 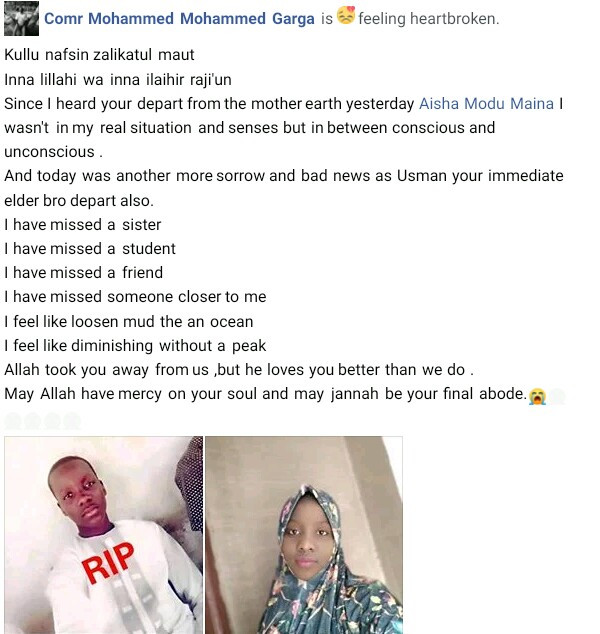