Unmarried And Childless Women Are Happiest People Of All - Says Expert


An expert of behavioural science at the London School of Economics has revealed that unmarried and childress women are happiest of all. 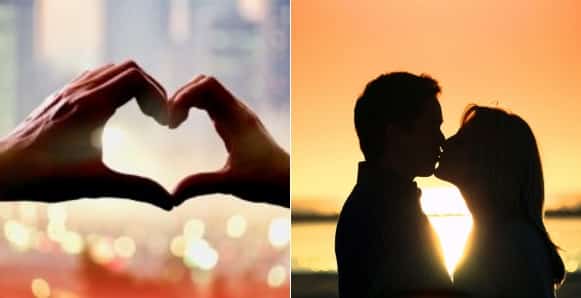 Women who are not married and do not have children are the happiest group in the population, a prominent expert in happiness has said.
Paul Dolan, a professor of behavioural science at the London School of Economics, said unmarried and childless women are also likely to outlive their married child-rearing counterparts and are healthier than them.
Speaking at the Hay festival on Saturday, Mr Dolan said the latest data demonstrated that long-established, traditional symbols of success did not necessarily correlate with happiness levels.
The best-selling author, who carries out original research into the measurement of happiness and its causes and consequences, noted men in comparison benefited from marriage as they “calm down”.
He said: “You take less risks, you earn more money at work, and you live a little longer. She, on the other hand, has to put up with that, and she dies sooner than if she never married. The healthiest and happiest population subgroup are women who never married or had children".
Mr Dolan added: “Married people are happier than other population subgroups, but only when their spouse is in the room when they are asked how happy they are. When the spouse is not present: f***ing miserable.
“We do have some good longitudinal data following the same people over time, but I am going to do a massive disservice to that academic science and just say: if you are a man, you should probably get married; if you are a woman, don’t bother.”
Mr Dolan’s latest book, Happy Ever After, cites evidence from the American Time Use Survey, which compared levels of pleasure and unhappiness in unmarried, married, divorced, separated and widowed individuals. The study discovered levels of happiness reported by those who were married was higher than those who do not have spouses, but only when their husband or wife was in the room.
People who were not married reported lower levels of misery than married individuals who were asked when their spouse was not present.
Other studies have measured some financial and health benefits in being married for both men and women on average, which Mr Dolan said could be ascribed to higher incomes and emotional support, allowing married people to take risks and seek medical help.
While Mr Dolan pointed to men displaying more health benefits from getting married due to them taking less risks, women’s health was mainly unaffected by marriage. But middle-aged married women were at higher risk of physical and mental conditions than their single peers.
How to dance your way to happiness
In spite of the advantages of an unmarried childless existence for women, Mr Dolan said the fact marriage and children were seen to be traditional, established emblems of success meant the stigma could cause some single women to feel unhappy.
He said: “You see a single woman of 40, who has never had children – ‘Bless, that’s a shame, isn’t it? Maybe one day you’ll meet the right guy and that’ll change.’ No, maybe she’ll meet the wrong guy and that’ll change. Maybe she’ll meet a guy who makes her less happy and healthy, and die sooner.”
Mr Dolan said that having children can be harmful to people’s well being – saying many parents might secretly agree with a famous academic colleague who “said that he liked the existence of his children but not their presence”.
“It would be categorically awful if anything happened to them, but the experiences we have with children are largely miserable,” he added.
Mr Dolan said that having children is “an amazing experience” for some, but added that “for a lot of people it isn’t, and the idea that we can’t talk openly about why that might be is a problem.”
Source: Guardian
Top Stories