Nigeria international Ndidi has also completed 299 passes, made 420 touches and conceded nine fouls so far in the EPL this term. so far this term. 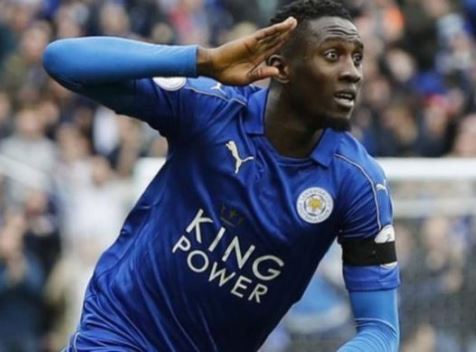 Ndidi, who has featured in six EPL games so far this season, was on target for The Foxes as they beat Newcastle United 5-0 at the King Power Stadium.

Ndidi scored the fifth goal, his second of the season, in the 90th minute.

According to the Premier League’s official website, Ndidi has made 32 successful tackles this season one more than his closest rival and club teammate, Ricardo Pereira.

Manchester United’s Aaron Wan-Bissaka is rated third with 30 successful tackles while Oriol Romeu is fourth with 28.

Burnley’s Erik Pieters is fifth in the standings while Richarlison sixth.

Nigeria international Ndidi has also completed 299 passes, made 420 touches and conceded nine fouls so far in the EPL this term. so far this term.

He is one of the six midfielders invited by Gernot Rohr for Nigeria’s friendly against Brazil billed for Singapore on October 10.

The former Genk midfielder also took to Twitter to express his  joy at Leicester City’s win over Newcastle United on Sunday.

Ndidi scored his side’s fifth goal after a brace from Jamie Vardy, an owngoal from Paul Dummet and a strike from Ricardo Pererira sealed an emphatic win for the Foxes.

“Buzzing into the new week with three points and a great performance from the team,” Ndidi tweeted.
Top Stories