Semen Leakage Cause of Impotency In Men - Expert Reveals


An expert has warned that semen leakage in men causes impotency as such, Nigerians should be more careful. 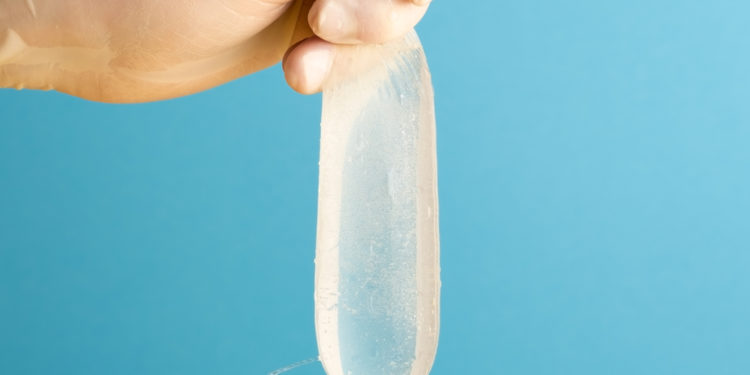 Semen leakage
An Abuja-based Sex Therapist, Mrs Hauwa Tayyib, has identified leakage of semen as one of the lead cause of impotency in men.
Tayyib, who disclosed this in an interview with the News Agency of Nigeria (NAN), on Monday in Abuja, said that frequent leakage of semen could cause impotency, low semen volume and lesser number of sperms in male of any age.
Semen leakage occurs when semen seeps out of the penis.
Semen is a whitish fluid that contains sperm and it usually leaks out during sexual activity, regardless of whether ejaculation occurs.
The sexologist said that semen leakage was one of the commonly occurring male sexual disorders.
She also said that excessive masturbation was another factor that could contribute to the leakage of semen.
She said that the condition was embarrassing and could also cause several health issues.
Tayyib explained that semen leakage in urine was triggered by weak genital passage nerves, enlarged or swollen prostate, bad habits like alcoholism, weak bladder sphincter and poor blood sugar levels.
Other causes, she said, were retrograde ejaculation, side-effects of medicines, infections and surgeries on reproductive parts.
She said that the leakage also led to fatigue, back pain, hair loss, pain in the testicles, pelvic cavity cramps and a burning sensation after urination.
According to her, it may also result in some unpleasant sexual disorders such as premature ejaculation, weak erection and sexual weakness.
The s*x therapist explained that impotency could be classified into two types, erectile dysfunction and interference with conception.
“Males not able to produce children may not see or show any signs of weakness and are capable of having intercourse.
“They are impotent because they do not possess ability to fertilize a woman’s egg and cause conception.
“Semen leakage can cause both type of impotency in male of any age. A regular loss of semen strains entire reproductive system including prostate and testicles,” she explained.
Tayyib added that a regular loss of semen could also cause damaged or deformed sperms incapable of fertilizing a woman’s eggs.
“A man who has semen leakage problem suffers with low testosterone level that makes reproductive system sluggish and weak.
“A man with low testosterone level suffers with low libido and lesser drive for lovemaking.
“All these issues stop a male from gaining arousal and quick erection in bed, and even caused weak, softer or no erection, which are all types of impotency,” she said.
Tayyib noted that the problem of regular semen leakage was highly debilitating and affected reproductive system and male’s health negatively.
“This problem should be treated without delay to avoid impotency and other serious sexual dysfunctions,” she advised.
-NAN
Top Stories