Exposed: See The Fake Lawyer Who Was Nabbed In Ilorin After Pretending To Work With EFCC


A fake lawyer has landed in serious trouble after pretending to work with the EFCC in Ilorin. 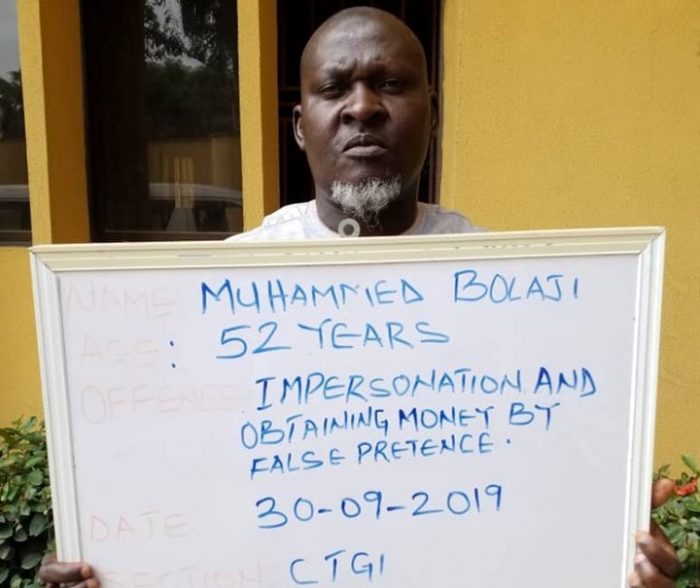 Muhammed Abdulraheem
The Ilorin Zonal Office of the Economic and Financial Crimes Commission, EFCC, has arrested a 53 year old man, Muhammed Abdulraheem for parading himself as a lawyer and obtaining money under false pretence while pretending to work with the EFCC.

Abdulraheem was accused of using dubious means to defraud his client, Mallam Yusuf Bello of N300,000.

Bello, in his petition to the EFCC, alleged that Abdulraheem recovered the sum of N300,000 from his debtor and claimed that the money was in the custody of the EFCC.

When confronted with the complainant in the matter, the lawyer, however, opened up and confessed that the money was never brought to the EFCC neither did the Commission knew anything about it.

The Story also took a new dimension on Monday, when the suspect, in a dramatic way destroyed his statement where he admitted that he was called to the Nigeria Bar and had been practicing the legal profession for more than two decades.

This happened when the Commission discovered that the suspected, a fake lawyer, never finished from the Nigerian Law School as he failed the prescribed examinations twice.

The commission said the suspect would soon be charged to court.
Top Stories