Some Nigerians Have Been Sentenced To 1,000 Years In Ghana - Gov. Umahi Reveals


Some Nigerians have reportedly been sentenced to about 1,000 years in jail in Ghana and other places. 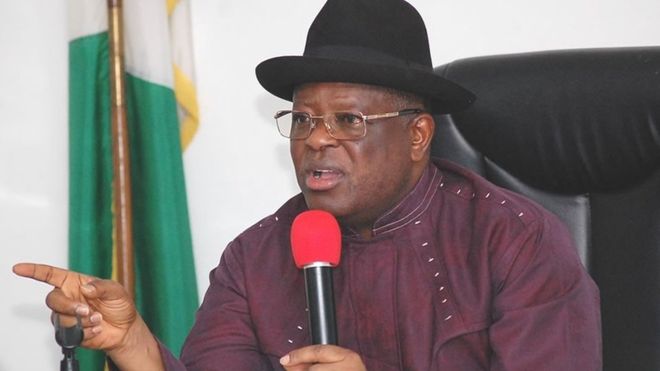 David Umahi
Punch Metro reports that the Ebonyi Governor of Ebonyi State, David Umahi, on Tuesday said some Nigerians had been sentenced to between 500 and 1,000 years’ imprisonment in Ghana and other countries.

The governor added that the inordinate pursuit of wealth and devaluation of the Nigerian culture by Nigerians had sent many of them out of the country to where they were languishing in pains and “crying had I known.”

The governor stated this on Tuesday at the 59 Independence Day anniversary at the Pa Uruta Ngele Township Stadium, Abakaliki.
He said, “The way we are being treated outside the shores of this country should make us to evaluate ourselves.

“I get a lot of phone calls from people in Ghana saying that a lot of our people were sentenced to 500 and some 1,000 years’ in imprisonment.”
Top Stories