People have been talking on social media after a lesbian Christian and Muslim couple got married. 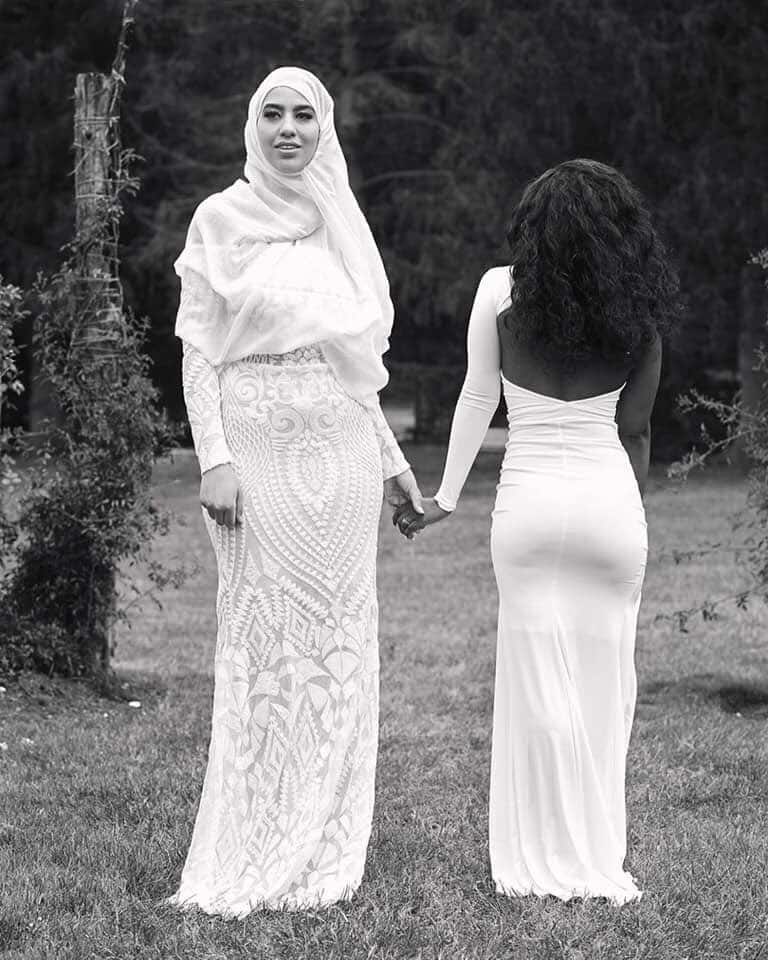 The lesbian couple
A Muslim and Christian lesbian partners have left tongues wagging on social media after getting married.
The photos of the unique couple were shared online on Sunday, September 29.
In some of the wedding photos shared on social media by a lady simply identified as Nola, one of the partners is seen wearing a hijab.
This has infuriated many Muslims on the micro-blogging platform to rain fire at one of the partners who happens to be a Muslim. 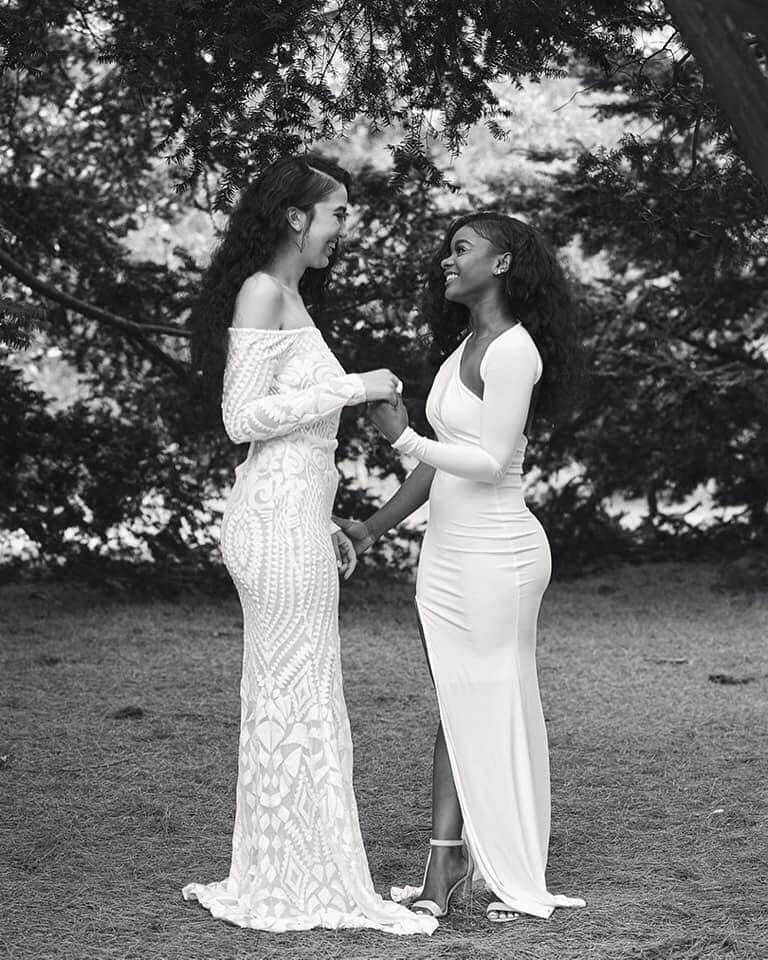 This is obviously because it is a very rare thing to see a Muslim lady being a lesbian. Many who happen to be one will obviously have to dump her religion or force herself to marry a man. 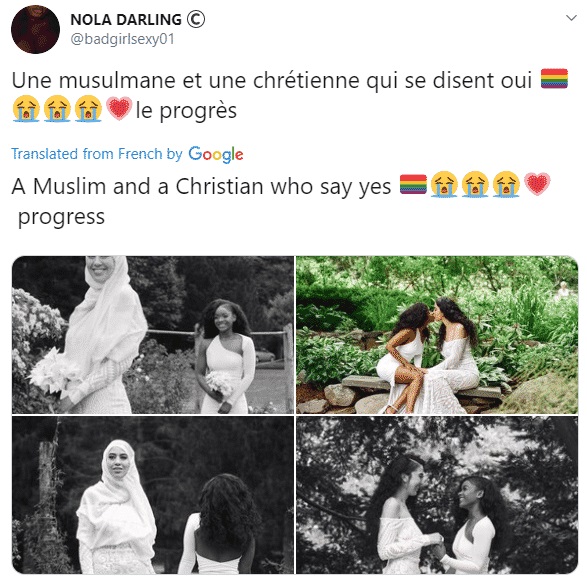 Sharing the photos, Nola wrote; “A Muslim and a Christian who say yes progress.”
“They have the right to be happy regardless of their religion and sexual orientation in 2019 you are still like that what tragedy,” 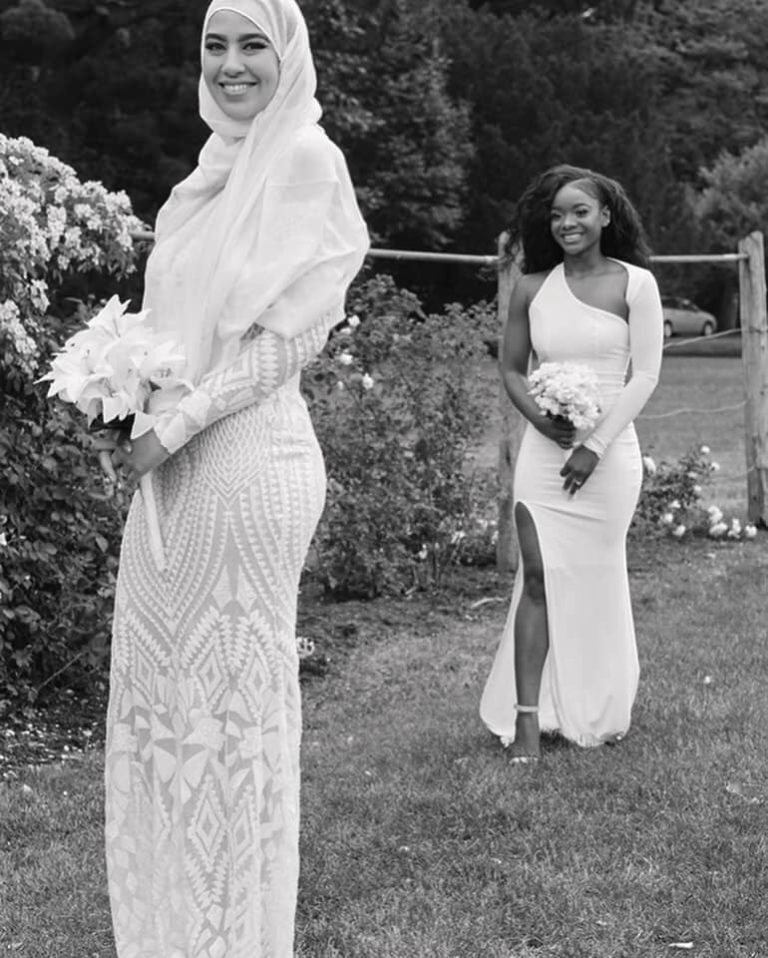