Why I Dumped My Baby Inside Gutter - Woman Confesses In Delta


The Community’s leadership promptly handed over the mother of the baby, an Hausa lady to the police for interrogation. 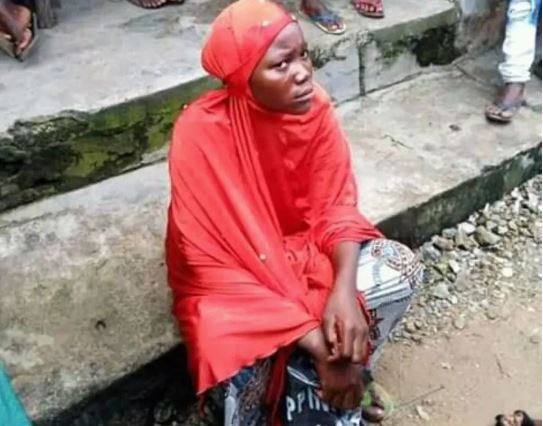 The culprit in question
A yet-to-identified Hausa woman has dumped her newborn baby inside the gutter along McDermott Road in Igbudu, Warri South Local Government Area of Delta State.
The woman said she dumped the baby inside the gutter because she was not ready to have children.
She stressed that she does not know who impregnated her, DAILY POST reports.
The matter came to public domain when residents of McDermott Road discovered the already dead remains of the baby and brought it out of the gutter.
The Community’s leadership promptly handed over the mother of the baby, an Hausa lady to the police for interrogation.
The Police authority in “A” Division refused to disclose the name of the woman.
There are suspicions that the yet-to-be identified lady may have killed the baby after she gave birth to him.
When contacted, the Delta State Commmssioner of Police, CP Adeyinka Adeleke in telephone chat with a correspondent said, “we are trying to find out. They didn’t allow the matter get to the Police. We are trying to hear from people who witnessed it.”
Top Stories