It was gathered that the incident took place on the outskirts of the village when the kidnapped people went to check their cattle at a grazing area. 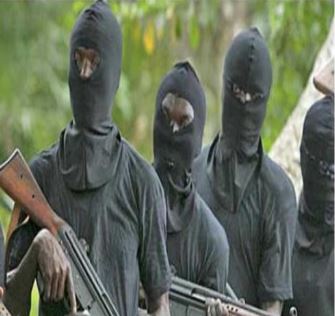 Alhaji Shuaibu Babas, the member representing Fufore/Gurin Constituency in the State House of Assembly, told the News Agency of Nigeria that the incident occurred in the early hours of the day.

“I was out of town and was just briefed about the incident. I want to call for calm from my people.

“This is a shocking development and I urged government to do something about the growing trend.

“Security needs to be enhanced alongside intelligence gathering to check this ugly development,” Babas said.

A resident of Gurin community, who identified himself simply as Dahiru, said the incident took place on the outskirts of the village when the kidnapped people went to check their cattle at a grazing area.

“The kidnappers first attacked a car with five people where they picked four people and later allowed one to go.

“They later attacked two people on motorcycle adding them to the four to make the number six,” Dahiru said.

He described the incident as devastating to the village which shares border with Cameroon.

“We are devastated and look onto God for divine intervention,” Dahiru said.

The spokesman for the Adamawa State Police Command, DSP. Suleiman Yahaya, could not comment on the development.

His phone rang out when he was called repeatedly to comment on the abduction.