Why S*x For Grades And Jobs Won't End - Actress, Efia Odo Weighs In On #SexForGrades Scandal


Popular actress, Efia Odo has weighed in on the #SexForGrades scandal making the round in the media. 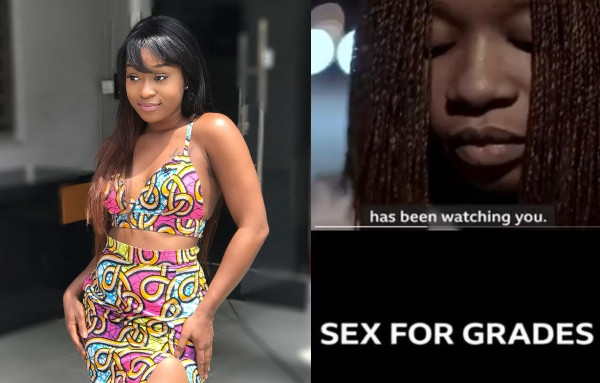 Efia Odo
Efia Odo joined other social media users to react to BBC's documentary which exposed some lecturers who push their students into having a romantic relationship with them in exchange for grades in Ghana and Nigeria.
The Ghanaian actress and media personality in a tweet she shared, said that sex given in exchange for grades and jobs which happens in other parts of the world including America won't end even after the exposé.
“No difference between sex for grades and s*x for a job.Happens in America, Africa and all parts of the world. The fucked up part about this “revelation” is that its not gonna stop!!, ” Efia wrote. 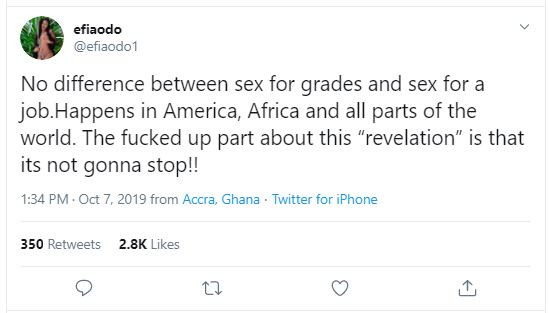 In a rejoinder tweet which served as a response to the backlash she got over her previous tweet, Efia Odo stated that the documentary will only make men that engage in such to become more careful.

“As long as there are vulnerable young women, there will be sex in exchange for something! This narrative ain’t gone change. What’s really gonna happen is that these assholes of men will just be a little more careful. They will start checking for hiding cameras. God help us all!,”
Efia added. 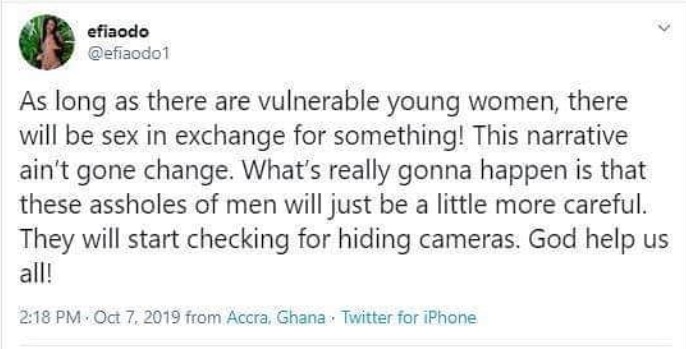